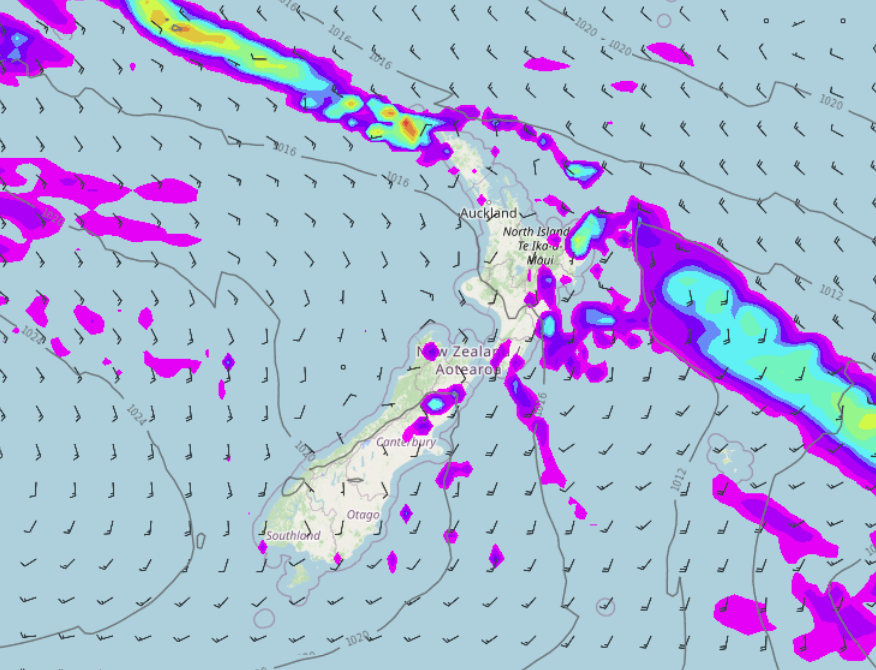 Northland, Auckland, Waikato & Bay Of Plenty
Mostly cloudy. Showers turning to patchy rain this morning then easing again this afternoon. Northwesterlies change to the southerly quarter this morning although remaining from the northwest for Northland.
Highs: 16-19

Eastern North Island
Rain this morning then easing to showers, rain may not ease about Gisborne till this evening. Southerly winds.
Highs: 12-15

Wellington
Showers, clearing up this afternoon and some sun may break through. Fresh Southerlies ease later today.
Highs: 12-13

Canterbury
Showers, easing in the afternoon with some sun perhaps poking through, remaining showers clearing evening. Snow flurries to 400m. Southwesterlies tend to the south around midday.
Highs: 8-9

West Coast
Morning cloud may bring a shower then sunny, mid to late afternoon some cloud develops for Buller bringing the risk of an isolated shower there. Light southeasterlies.
Highs: 11-15

Southland & Otago
A few light showers, thinning out in the afternoon and any remaining showers clear evening. Perhaps a few light snow flurries to 400 or maybe even 300m. A bit of a cloudy day although sun may break through at times, cloud does start to break away in the evening. Light winds tend to the south.
Highs: 7-9