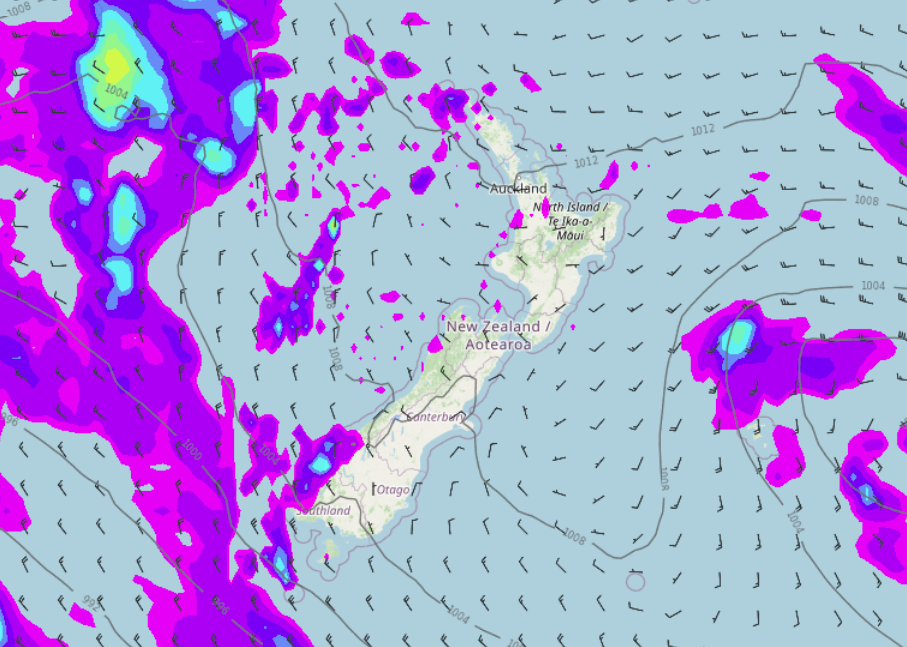 But despite the mainly settled weather we still have a few showers about, mainly for western regions.

Northland, Auckland, Waikato & Bay Of Plenty
Areas of cloud and the odd shower, showers clear in the evening. Southwesterlies tend northwest later in the day. The Bay Of Plenty has a mostly sunny and dry day.
Highs: 15-16

Eastern North Island
Morning cloud, perhaps a coastal shower then sunny areas increase in the afternoon. The odd shower may linger about Mahia Peninsula and Gisborne into the afternoon before clearing away. Southwesterlies dying out.
Highs: 13-15

Wellington
Morning cloud with the risk of a shower, becoming mostly sunny in the afternoon then high cloud develops in the evening. Southerlies tend to the north around midday.
High: 13-14

West Coast
Cloudy areas, an occasional shower or two, more so from afternoon. Light winds tend to the north after midday.
Highs: 9-13