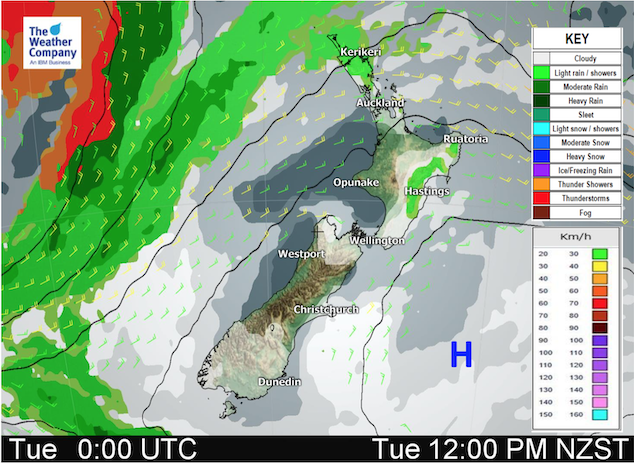 A northeasterly airflow lies over New Zealand today, moving around an area of high pressure to the east of the country.

Northland, Auckland, Waikato & Bay Of Plenty
A mix of sun and cloud, chance of a shower from afternoon. Northland sees slightly cloudier skies with a risk of showers for most of the day, especially in the east. Easterly winds.
Highs: 16-18

Western North Island (including Central North Island)
Mostly sunny, there may be some cloud at times from afternoon. Light east to northeasterly winds.
Highs: 16-17

Eastern North Island
A mostly cloudy day with patchy drizzle or showers, clearing in the evening. East to northeasterly winds. Wairarapa may have a mainly dry day.
Highs: 15-16