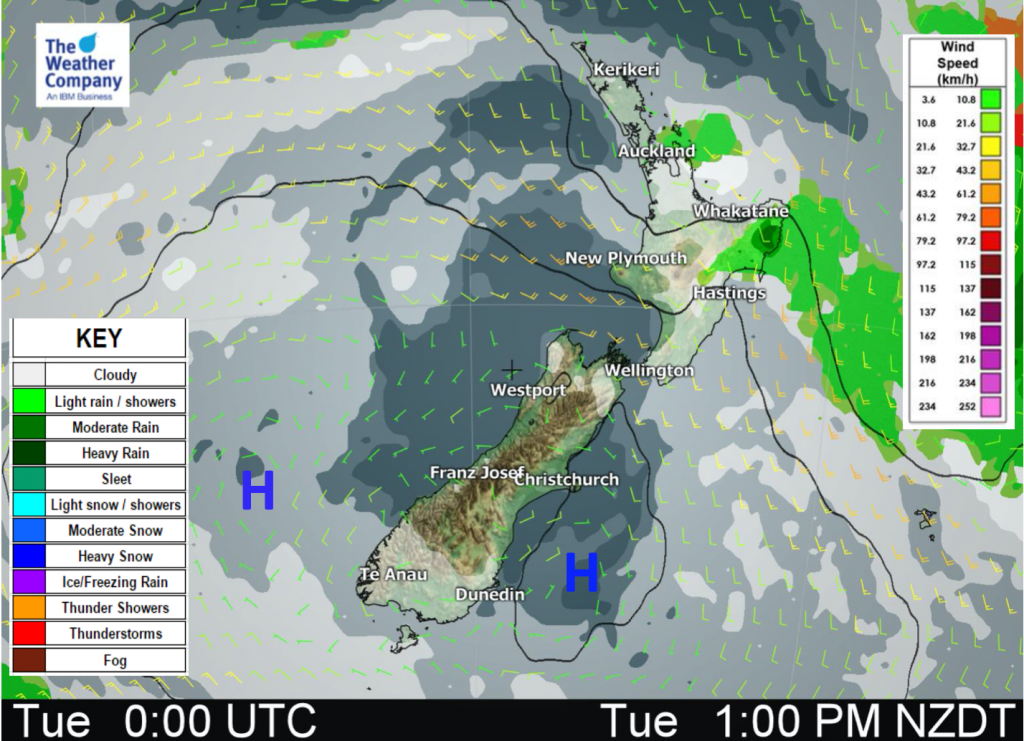 An anticyclone lies over the South Island today meanwhile a southeasterly airflow moving around this high flows over the North Island.

A mix of sun and cloud for Northland, Auckland and Waikato; there may be a shower at times, mainly in the east. Morning showers about Bay Of Plenty then sunny areas break through from afternoon. Rain about Hawkes Bay and Gisborne gradually eases during the day, only the odd remaining shower by evening with southeasterly winds. The Wairarapa has a mix of sun and cloud. Mostly sunny with some high cloud from Wellington through to Taranaki in the west, southeasterlies.

Mostly sunny for a majority of the South Island, light winds in the morning then afternoon sea breezes. Any morning cloud in the east breaks away. Some high cloud gradually moves into Southland.

Highs range from 19 to 24 about the western North Island today, mid to late teen highs in the east. Highs range from 17 to 20 degrees across most of the South Island, perhaps getting into the mid twenties about Central Otago.