Tuesday looking impressive for most 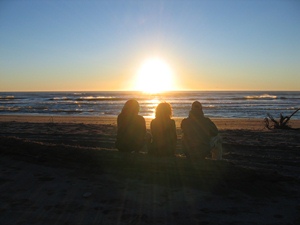 Tuesday is set to see mostly sunny skies almost over the entire country as an anticyclone slowly slides east of the nation.

There’s the chance of a few cloudy areas but sunshine is expected to be in place for more than 90% of the nation by this afternoon.

Some morning cloud could linger this morning for a few centres but the warmth of the day should see it peel away in most places.

Temperatures are also on the up with the mid twenties being a popular figure and in some inland areas 30 degrees could be reached.”Summer has  come knocking lately and tomorrow looks even warmer than today across eastern areas of the Mainland” says weather analyst Richard Green.” The low 30s look more likely tomorrow ahead of a front moving up the South Island” he says.

Weatherwatch.co.nz believes at this early stage that this weekend looks sunny, settled and warm for most places and Auckland Anniversary Day is also looking settled.

Water temperatures around our coastlines are continuing to slowly creep up and are slightly higher than average especially in sheltered bays and waterways.

UV Index readings today remain close to extreme between the hours of 9 and 5 over central and northern parts of the country and high to very high over the remainder.

People are being evacuated in Samoa and American Samoa ahead of the arrival this morning of Cyclone Garry, the second in just over a month.

The US Coast Guard has ordered the closing of American Samoa’s Pago Pago harbour and a tuna canneries has been forced to close.

The Samoan capital, Apia, has begun closing down, with public buildings shut and people moving back from the coast. The city was still damaged from Cyclone Evan, which killed 14 people in the country last month.

An Auckland woman in Samoa, Taufau Gardenia, has tweeted from Sili on Savai’i, to say some families were moved to churches.

Homepage image of sunset across Hokitika