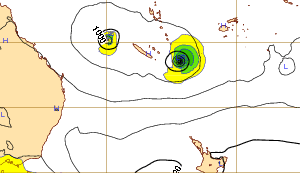 Updated: 9:53pm — Australian and Fijian authorities are stepping up the risks of cyclones forming well north of New Zealand – with the US Joint Typhoon Center specifically locating where they believe two tropical storms will form over the next day or two.

– Please note, this is not a New Zealand focused update –

It’s still unclear just how strong either storm will get.

Based on reliable models we trust at WeatherWatch.co.nz it’s possible the Coral Sea storm (monitored by Australia initially) may not grow too severe, or even into a cyclone – forecaster confidence from various agencies suggests moderate to high confidence.  The system between Vanuatu and Fiji (under Fiji authorities) looks likely to grow into a tropical cyclone, with severe tropical cyclone status possible for a time.  French forecasters will also be monitoring conditions and forecasting for New Caledonia.

THE GOOD NEWS
Vanuatu is not directly exposed to this storm. Neither is Fiji.  At this stage most tracking keeps it out at sea – but it will be too close for comfort for many people in the region, less than a year after Cyclone Pam.  New Caledonia may be affected by the Coral Sea storm – but it may not retain cyclone status by the time it tracks by on Saturday and overnight Saturday/Sunday morning bringing rain and wind, before tracking south east and slowly merging into the larger storm system.

Once these tropical storms form we’ll have more maps to display to you from various outlets – as with 3 cyclone authorities in our part of the world (as opposed to all of mainland North America & Central America with just 1 easier to follow authority) it can be a bit confusing for some people who are trying to navigate the various government forecasts.

It is still unclear precisely how far south the main low may track – or if will impact New Zealand bringing severe weather, or just dangerous beach conditions.  MetService in New Zealand today said the low had “all the ingredients” to become a cyclone and if it did form it might reach New Zealand next week, according to Fairfax today. MetService forecasters also tweeted they expected two cyclones by the end of the week in the region. 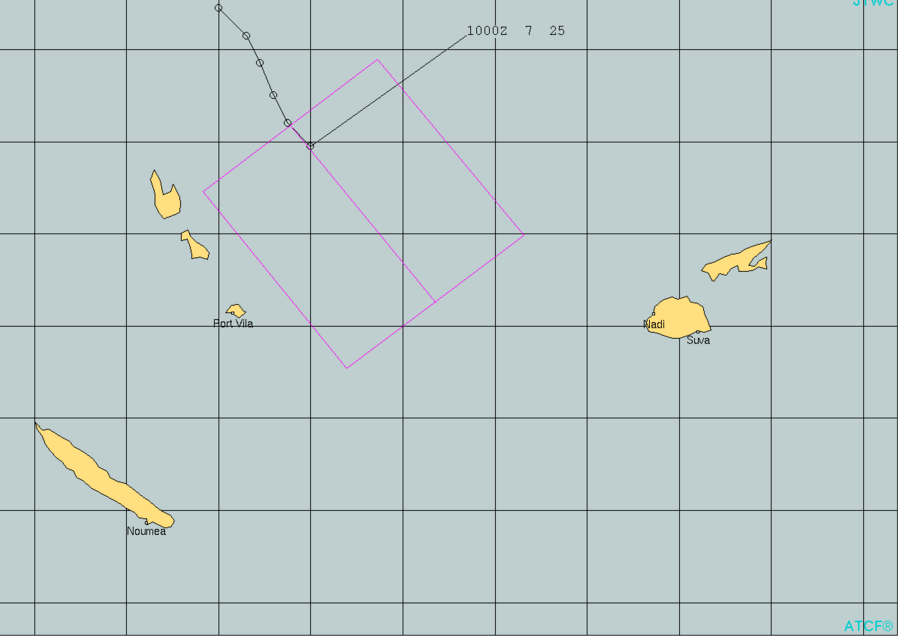 TROPICAL LOW 2 (NW of New Zealand over the Coral Sea) 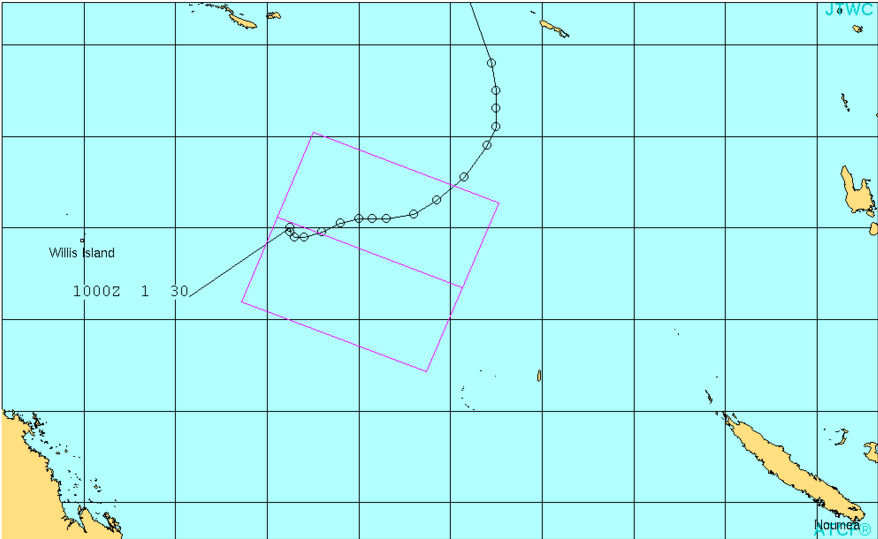 What the Aussie and Fiji Govt forecasters say tonight…

AUSTRALIA – Bureau of Meteorology
Note – their confidence isn’t as high as JTWC as of 9:30pm Weds Feb 10.  The note below about Saturday and the ‘area of responsibility’ means the Coral Sea low will shift from Australian responsibility to Fijian responsibility. 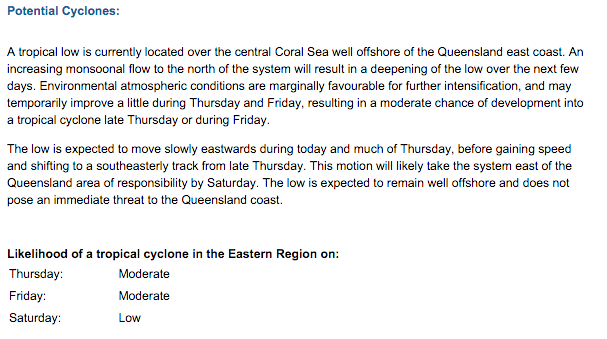 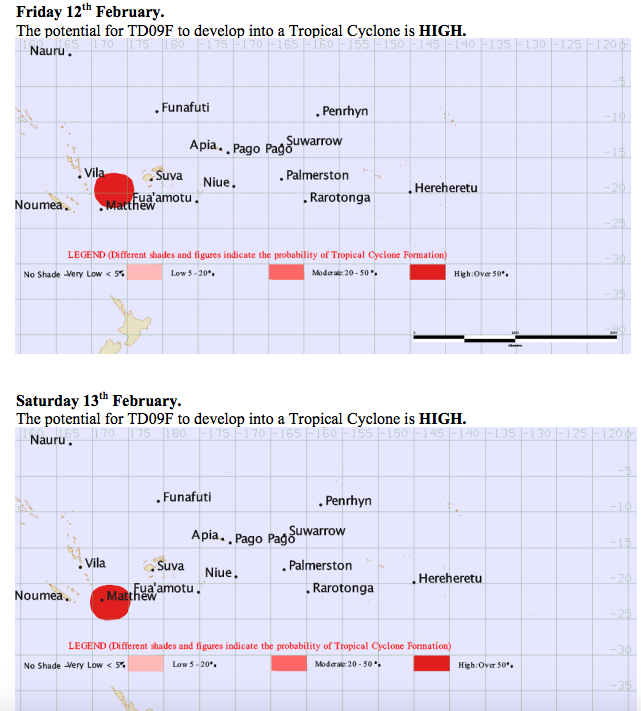 JTWC gives a “HIGH RISK” chance to both of these lows becoming tropical storms. 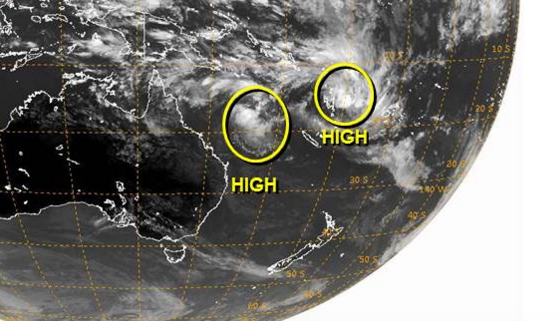