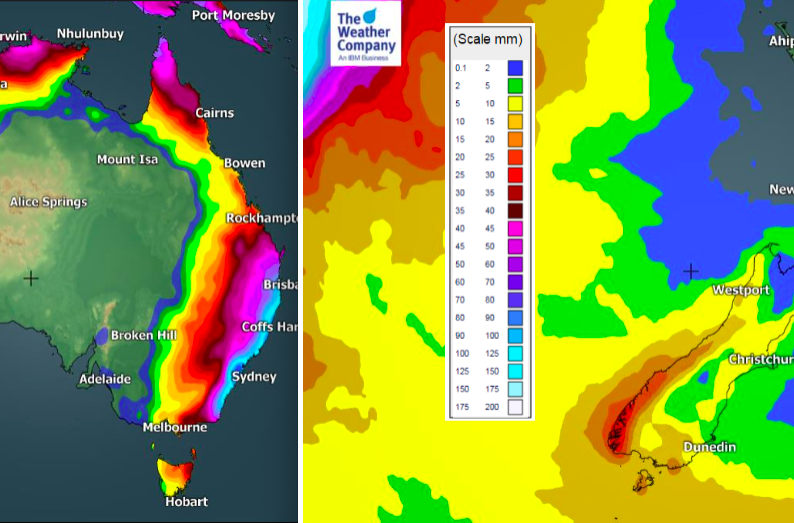 More rain is coming on Saturday for some parts of the lower South Island and next weekend (8 or 9 days from now) the remnants of an ex-cyclone may bring more rain to the South Island – but also eastern Australia in the week ahead.

A Tropical Cyclone looks likely to form early next week around the Coral Sea – and latest guidance suggests it will slide southwards down Australia’s eastern coastline bringing much needed rain into drought zones and for the bush fires.

In NZ we’re protected with high pressure – but the remnants of this low may drift in to the South Island as another rain maker in just over a week from now. Please note, this isn’t locked in yet – but many of you have been asking us about the future track of this possible storm. (The rain from that system is not included in the NZ graphic below, but is in the Australian one).

WeatherWatch.co.nz says another tropical cyclone may well form north of NZ around the Vanuatu area in mid February. We’ll have more more details early next week as the tropics wake up significantly in the South West Pacific now that we’re entering peak cyclone season for the next two months.

*Side note: The heavy rain in Western Australia will be caused by Tropical Cyclone Damien. This is a serious storm which is today a Category 1 cyclone and may reach severe Category 4 over the next 24 to 48 hours. 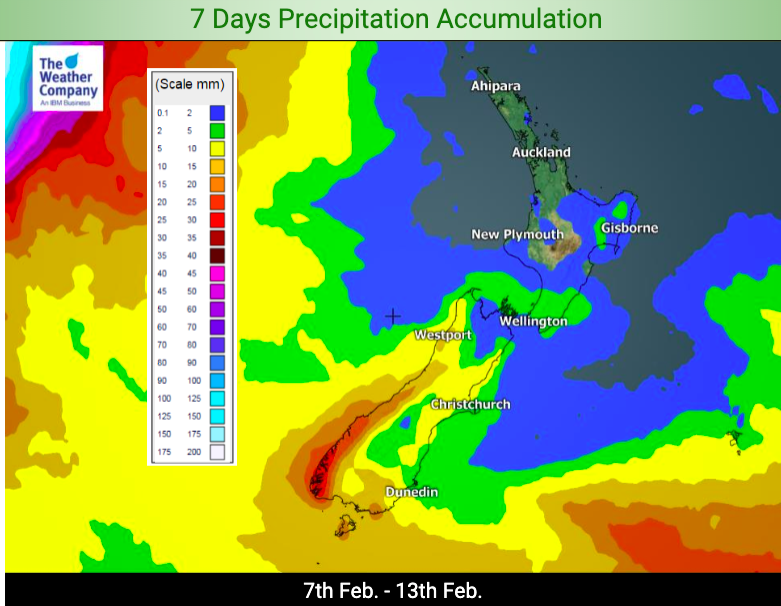 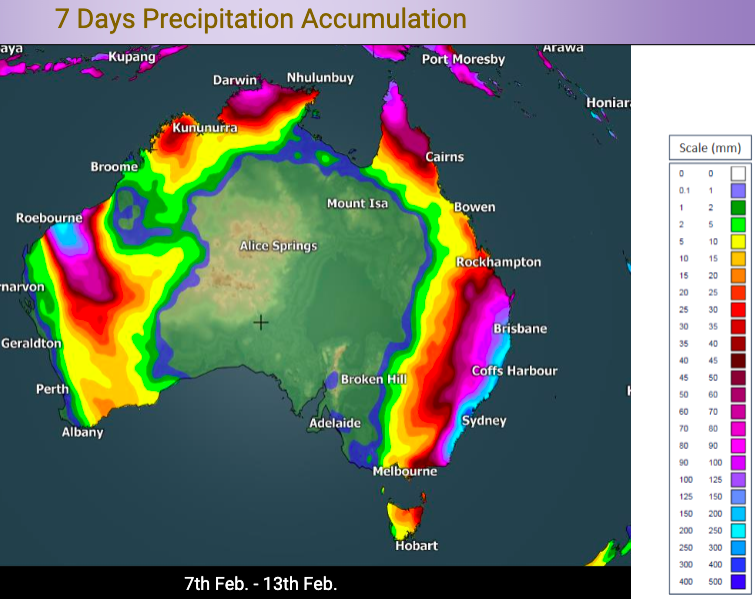 I think you will find that, Weatherwatch has nothing to do with Mother Nature, I know there forecasts are good, but even the guys at WeatherWatch are not that good that they can direct the rainmakers to the drier parts of the country!!