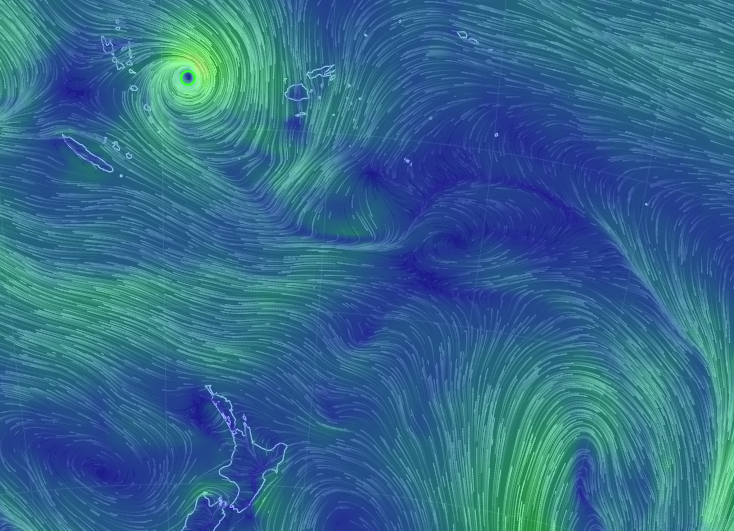 As expected a tropical cyclone has today formed east of Vanuatu.  Tropical Cyclone Winston has been named by Fiji forecasters.

It’s currently a Category 1 cyclone and modelling suggests it may become a severe tropical cyclone for a time – although recent data updates show it may move quite quickly south – limiting it’s chances to grow much more.  A strong Category 2 or weak Category 3 (which would make it severe) is quite likely according to WeatherWatch.co.nz.

Sometimes cyclones can slow down over warmer waters and rapidly intensify – other times they can zig-zig as they track in one direction overall, and this zig-zagging nature can move the centre of the storm over cooler waters or unfavourable air pressure and this can quickly weaken a storm too.

Cyclone Winston may not last too long as a cyclone, but it’s still expected to generate dangerous seas north of the country which may impact northern New Zealand beaches early next week.

More details from WeatherWatch.co.nz on Friday. 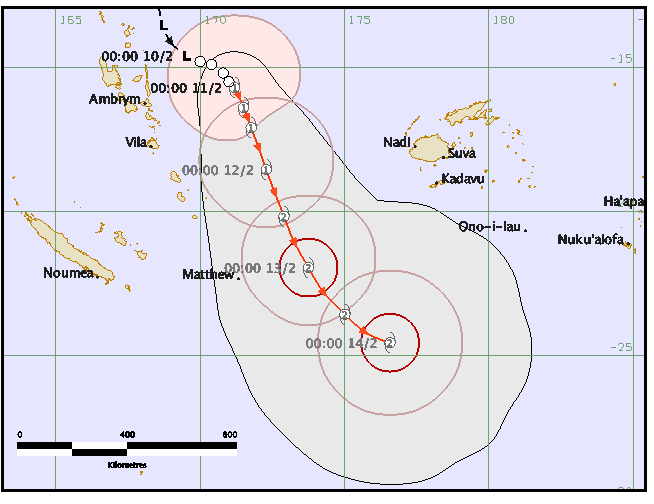 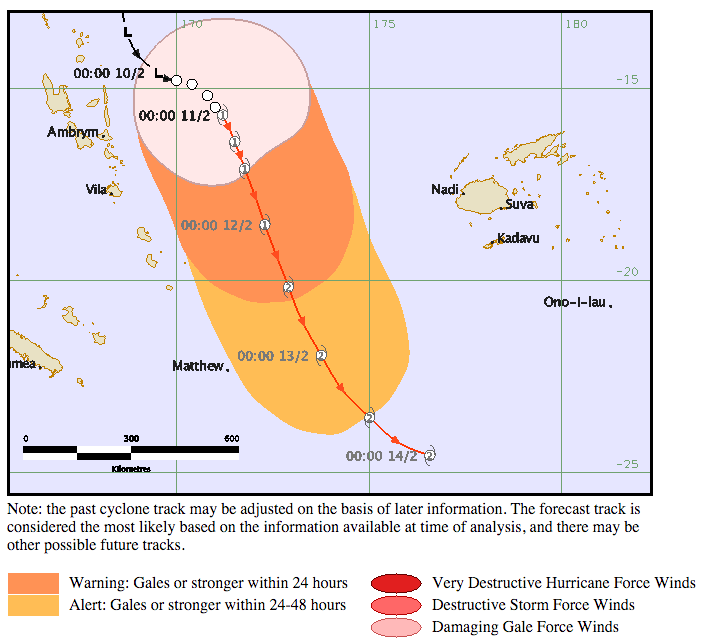