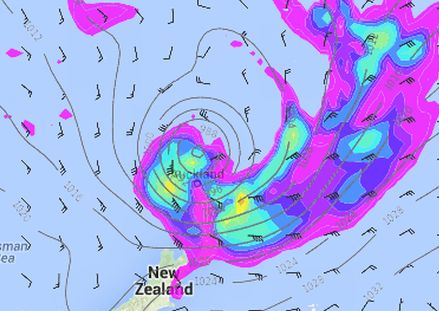 Developing — This past week WeatherWatch.co.nz forecasters have been closely watching various computer models which are now agreeing there is a moderate to high risk of a tropical cyclone either directly hitting, or brushing, the upper North Island late next week.

“Latest data shows the potential tropical storm heading south next week and then directly impacting the upper North Island anywhere between next Thursday and next Sunday at this stage” says head weather analyst Philip Duncan.

The last significant ex-Cyclone to hit New Zealand was Wilma in January 2011, which had the strength of a Category 2 tropical cyclone (out of a scale that goes up to 5).  Wilma was fast moving but caused millions of dollars of damage in the 6 to 12 hours it blasted through.

Previous to that many would say it was Cyclones Fergus and Drena over the La Nina summer of 96/97.

This storm may well weaken as it approaches Northland – tropical storms must transition from a warm core to a cold core as they head south out of the tropics and towards the Southern Ocean. This transformation often happens around New Zealand – which is why predicting strength and specifics is so incredibly hard this far out, the storms change shape dramatically as they leave the tropics.

WeatherWatch.co.nz will continue to monitor the progess of this potential tropical storm.

“If it weakens as it moves in then the rain will be hugely welcome – some parts of northern New Zealand are as dry as they were in last years drought” says head weather analyst Philip Duncan. “If it doesn’t weaken then wind damage can be added to the list of risks from this low”. 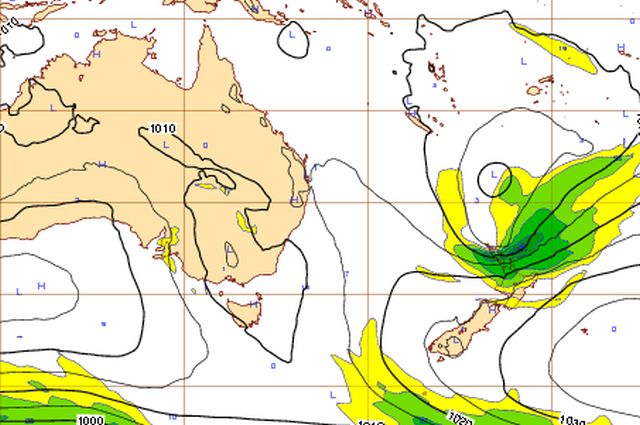 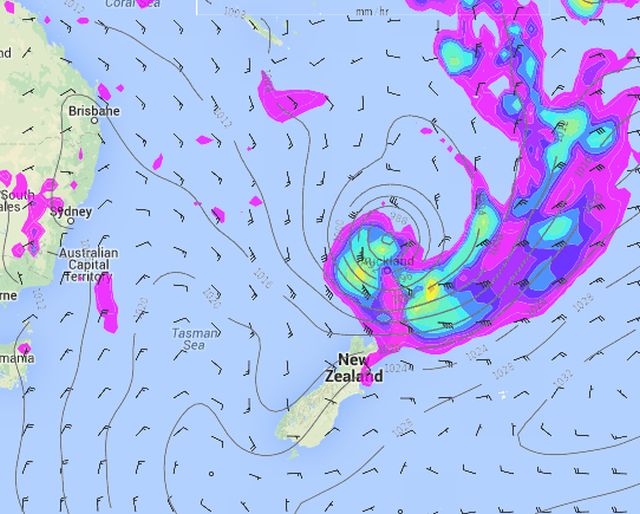 Oh the inconvenience.  Be strong.

They suggest the centre could be 976

If so, this is a serious system, and people should be xtra careful and aware..

Hi guys. Thank god we no longer need to rely on metservice. No word of it from them. You guys always give the best coverage of these events. Nice work. Cheers. Dave

The very long range MS forecasts for northern areas mention rain.  Too soon to be locking anything in yet.  10 days out models can go either way.  The graphics above show surface models only.

With the Summer we’ve had this year it is not surprising what turns up weatherwise anymore.

Looks like a weekend to tie down the chidren.

How do you think this tropical cyclone would compare to what Canterbury had earlier in the week?  I can’t recall warnings this far out for what Christchurch got.  So is this likely to be worse, or just more predictable?

I see that the BOM 10 day forecast maps are pretty close to the european wind maps at present, with the latter being more consistent about the cyclone in the last day or so.