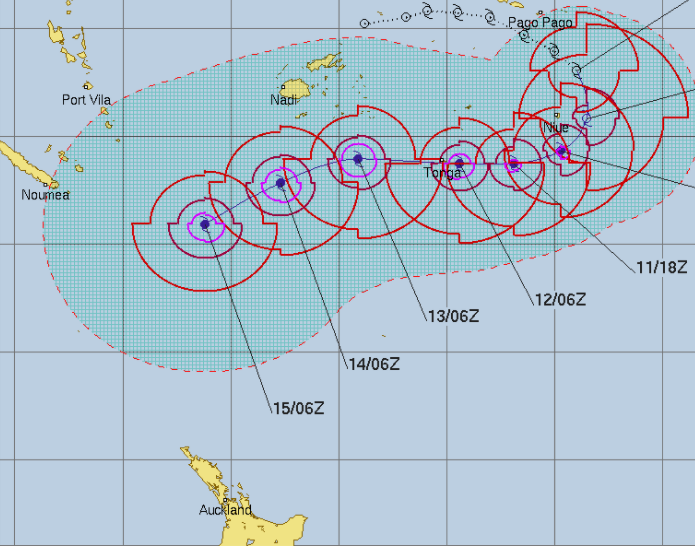 UPDATED 10:20pm — Gita is now a ‘Severe’ Category 3 Tropical Cyclone and is forecast to grow into a Category 4 storm as it churns around a number of South Pacific islands to the north east of New Zealand.

The cyclone has caused considerable damage to Samoa where a ‘state of disaster’ has been declared, according to Radio New Zealand Pacific.

Gita is now much more powerful than recent Cyclone Fehi, as WeatherWatch.co.nz forecast earlier in the week, and it is likely to strengthen even further. Tonight the Fiji Met Service has now upgraded how powerful they think the storm will become, saying it is likely to become a Category 4 storm in the next day or so. Earlier they said Category 2 was the likely peak.

Sustained winds over 150km/h and gusts over 200km/h are forecast by mid next week with the storm out at sea south of Fiji.

The forecast track turns clockwise before it starts moving westward rapidly next week – this will then take it north of New Zealand and close enough for us to seriously monitor.

Overnight tonight Cyclone Gita will pass near Niue. Thereafter the cyclone will pass just to the south of Tonga, possibly with maximum sustained wind speeds of over 150km/h and waves over 10 metres. Coastal inundation, rain flooding, storm surge and wind damage are all possible in Tonga.

Multiple reliable models suggest that Gita will track further southward towards the New Zealand area around next weekend or early the following week.

It’s still far too early to know if it will directly impact New Zealand – it remains one to watch and WeatherWatch.co.nz hopes to have more specific details this Monday about whether or not this will be something for New Zealanders to seriously focus on. As of Saturday night it was looking increasingly likely that it would come into the New Zealand area around next Sunday or Monday (Feb 18/19). This may still change – it’s not locked in.

WeatherWatch.co.nz uses multiple sources of data and numerous international models and ensembles – we don’t rely on just one. We also use the world’s most powerful weather super computer, IBM’s Watson, which is also crunching international data and helping giving us advanced information. 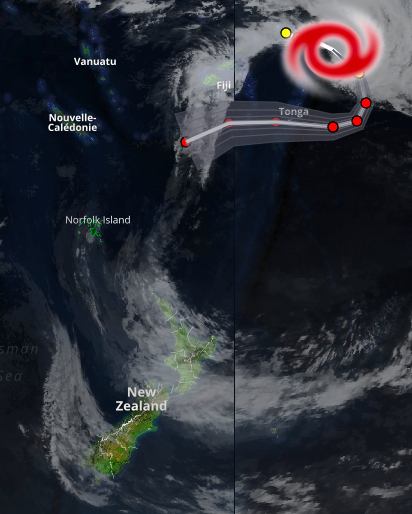 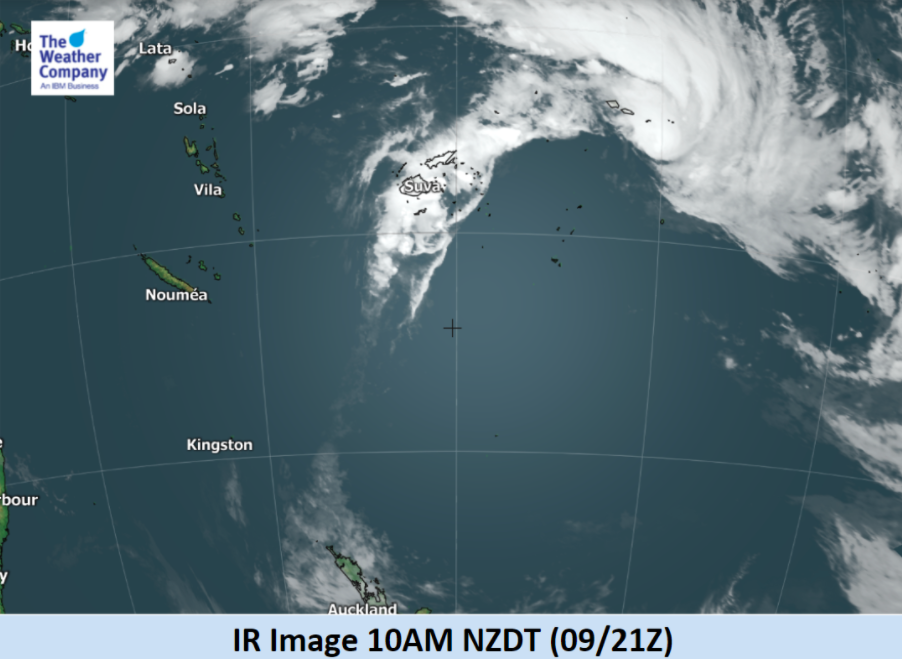 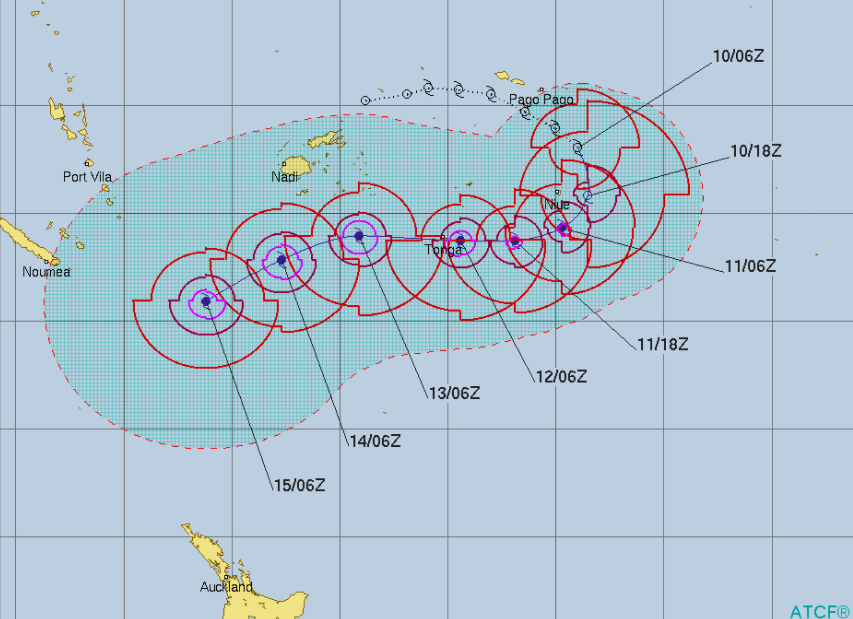 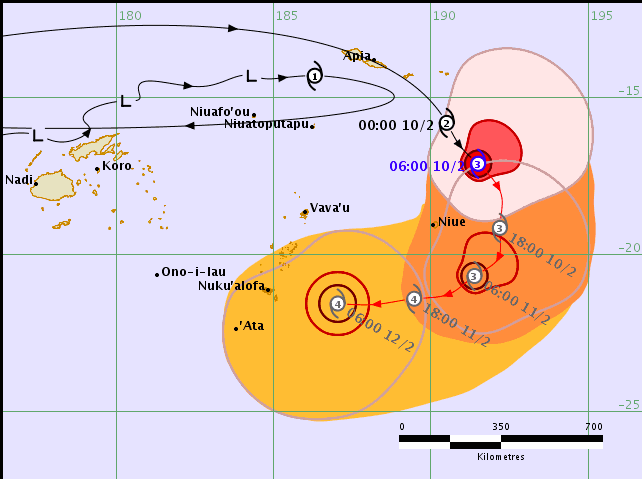 WHAT ARE THE MODELS SAYING ABOUT THE FUTURE OF GITA?
With so many models available in the public domain many of you are seeing what we’re seeing – some updates showing New Zealand directly affected by the storm, other updates showing it will miss us and track over the Tasman Sea or north of us. Until the models align further we can’t be specific about how New Zealand might be affected.

However the modelling does agree it will track close enough to New Zealand for authorities and the public to simply be aware of it – it’s very important people realise long range modelling isn’t perfect but updates across this week have been fairly consistent that Gita will move into New Zealand waters within the week.

Two of the world’s most well known and trusted computer models, GFS and ECMWF, are certainly lining up more and more although timing is still out, so too is the precise path. We cannot confirm if New Zealand will be somewhat affected or even seriously affected until about Monday. As with any cyclone they have a bit of a mind of their own and can be unpredictable – the two example of models we show you below may not be what evntuates, but they are in the public domain and are now showing up on other forecast websites. 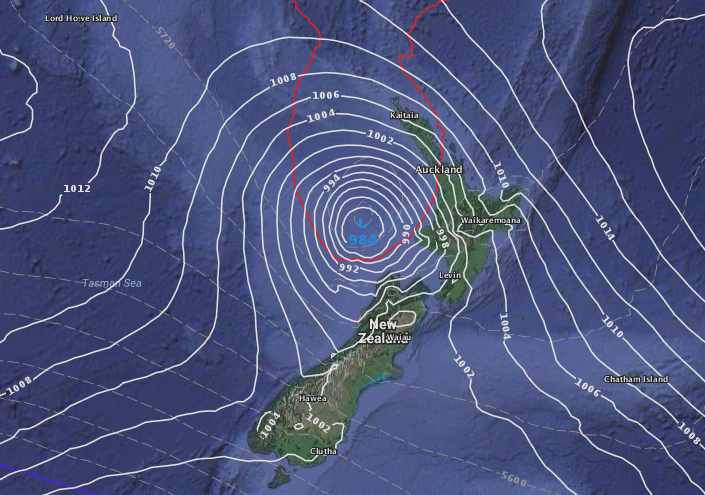 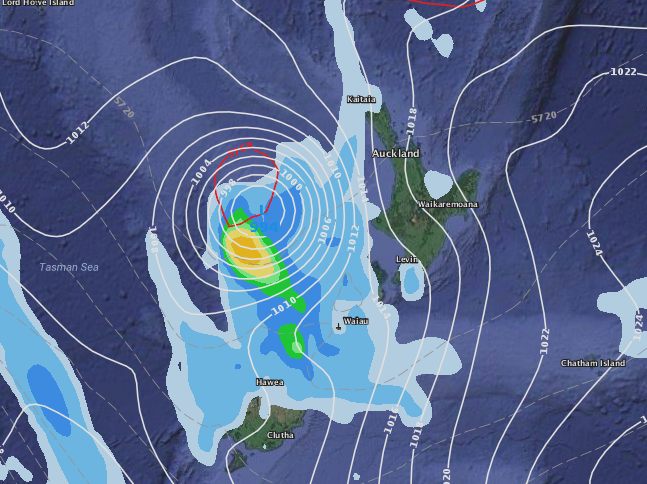 To repeat, these two models above are still going to change around a bit in the coming week. WeatherWatch.co.nz uses many other resources beyond just these two models. At this early stage we’re simply advising New Zealanders to monitor the situation. We’ll be providing daily news stories and additional updates on our Twitter page in the week ahead. You can find our Twitter page here: @WeatherWatchNZ.