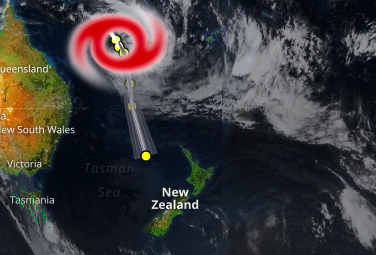 The Fiji MetService has just officially named the tropical cyclone that formed earlier today. The Category 1 cyclone is named Fehi and should last a day or two with this status. While the waters around New Zealand are warmer than average they are not warmer than where the storm is coming from, so we do expect it to weaken and lose tropical storm status as it tracks south in the days ahead.

However, the warmer than usual waters around New Zealand will help fuel this storm and keep very heavy rain and winds going as it approaches our western coastline and then crosses the country on Thursday.

As with any tropical storm we have to say “nothing is locked in”. The storm has little to block it landwise or pressure wise as it drops south towards New Zealand and should curve around the western side of the large high over the country now (which is anchored to our east but slowly drifting away to the east in the days ahead, allowing this low to move in). So depending on how the high moves will depend on the precise tracking of the tropical low when it gets here but most models agree the low will cross New Zealand on Thursday, probably over the South Island. There is some chance this could change so please check back for updates.

Thursday is expected to be a very wet day in many regions with the system clearing away quite quickly on Friday – although the heavy rain dragged down may linger longer in the North Island as it breaks away from the low and gets slowed down by the high to the east.

There is a chance of flooding from this low – and wind damage. Seas will also be especially rough in western areas later this week. We’ll give more details on where we think severe will be once we have a clearer idea about the precise tracking of the centre.

This tropical storm is certainly one to watch and all holidaymakers, trampers and those in rural areas should be well aware of the potential for severe weather it may create. We advise you read all tax funded warnings from Government forecaster  MetService on this low as well.

WeatherWatch.co.nz will now have daily updates on this serious but lower end storm as it approaches New Zealand. 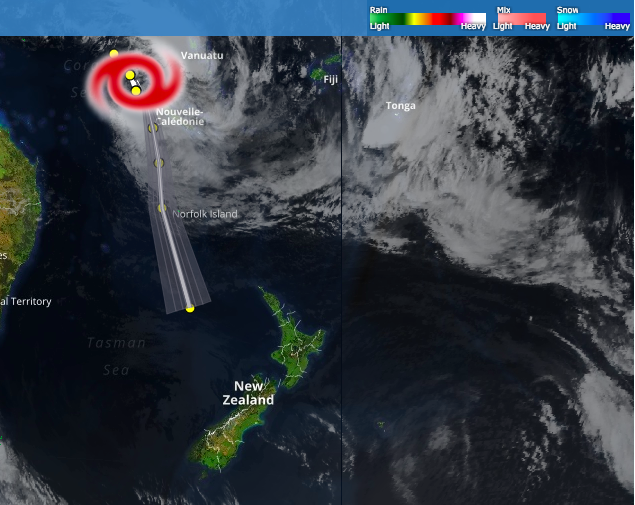 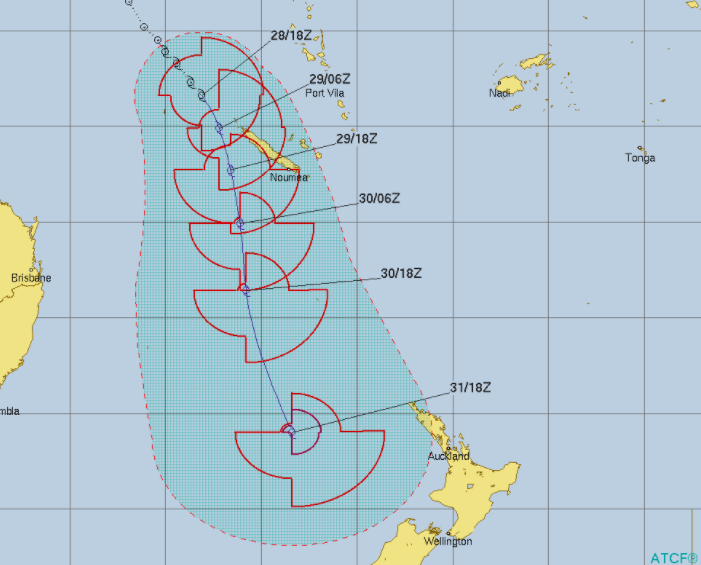 – Tracking and the ‘cone of uncertainty’ (ie, the centre of the low may track anywhere in the shaded area) / Joint Typhoon Warning Center (US Government) 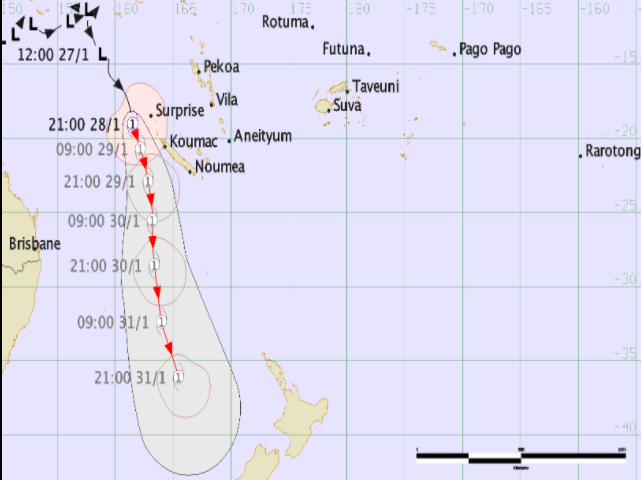 – WeatherWatch.co.nz – With daily updates from today on this storm.

dont forget about the NIWA tax payer funded that will also likely be making their own separate severe weather blurbs.