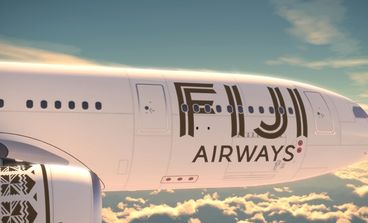 Air Pacific – to be renamed Fiji Airways – last night unveiled its new-look planes due to enter service from next year.

The airline chose Fiji’s national day to release details of the Airbus A330 aircraft, the first new planes it has bought.

Full re-branding for the airline is due to be finished by the end of next year, by which time the “new” Fiji Airways brand – last seen in 1951 – will roll out across ticket offices, check-in counters, airport lounges and uniforms. 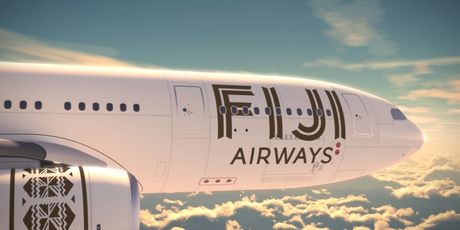 Dave Pflieger, Air Pacific’s managing director and chief executive, said the aim was to create a brand “distinctive, unique, and true to Fiji”.

The arrival of the planes was the third phase of a three-year transformation of the airline following restructuring which had resulted in the workforce being cut from around 1000 to 900 and a new route network.

Initial funding for the aircraft came from the Fijian National Provident Fund and the bulk of the cost would be met from international aircraft financiers.

Pflieger, who has headed the airline for the past two and a half years, said Air Pacific had never been able to fit out aircraft to its specifications.

“The planes from the inside and out are all part of the revitalisation of the airline – I view it as the capstone of our efforts which are about 30 months through.”

The A330 planes were up to 45 per cent more efficient than the Boeing 747s they were replacing which is crucial with fuel prices that appear to be high for the foreseeable future, he said.

Air Pacific and subsidiary Pacific Sun fly over 300 flights per week. It operates B747 and B737 aircraft from Fiji to 15 cities in 10 countries.

Sorry guys but what relevance has this story and all airline stories that pop up from time to time.Rather hear about the price of onions to be honest.Keep it to the weather as it’s what you do best.Cheers Dave

Ah get a life Dave. Some of us find it interesting and you dont have to read it!.