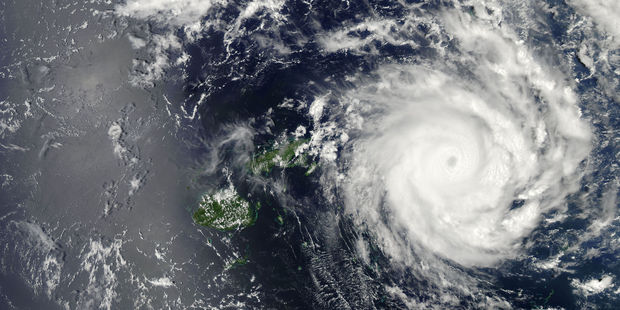 At least one person has been killed in a cyclone that has ravaged parts of Tonga.

Aid organisations were last night rushing to get supplies to thousands of people affected in the worst-hit group of islands, Ha’apai.

The Tonga Red Cross yesterday confirmed a woman had died in Lifuka, a small island in the Ha’apai group north of the main island, Tongatapu.

Red Cross secretary-general Sione Taumoefolau said the woman, understood to be elderly, had been killed on Saturday when the eye of Cyclone Ian passed through the region.

“I have no idea how she has died, but we know there have been so many houses that have fallen and damaged. She is the only casualty we know [of] at this time.”

Mr Taumoefolau said the Red Cross could not contact anyone in Ha’apai as communication lines were down.

The main goal was getting supplies there, where up to 70 per cent of the region has been flattened.

Many people had been left without homes and power for almost two days.

“That’s the main concern for us now. We just need to get up there to help.”

Cyclone Ian was listed as a category 4 system late on Friday and quickly turned into a category 5 cyclone – the most severe – on Saturday.

It racked up winds with an average of 200km/h and heavy rains, but left the nation’s main island, Tongatapu, mostly unscathed.

Tonga’s northern islands of Vava’u and Ha’apai saw most of the cyclone’s fury, with the latter taking a particularly big hit.

The New Zealand Government has made $50,000 available for aid and an RNZAF Orion was sent to Tonga early yesterday.

Oxfam and Caritas have made up supplies and staff will travel to Ha’apai in the next few days.

Digicel Tonga staff were on board one of the first flights to leave for Ha’apai early yesterday evening, aiming to get generators working and communication lines open. Chief executive Jack Bourke said they were taking 3000kg of supplies.

“We’ve got food, water, blankets, tarps and generators,” he said. “The power has been off for more than a day and we just can’t wait to get up there to help these people.”

He said many Tongans overseas, particularly in New Zealand, had been trying to get in touch with family members in Ha’apai for several days but to no avail.

Tongans in New Zealand have rallied in support after news of widespread damage in Ha’apai.

Church services were significantly more poignant yesterday as prayers were said for those badly affected in the motherland.