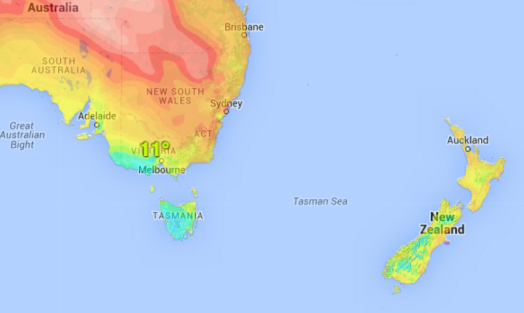 Updated — As WeatherWatch.co.nz forecast this morning the mercury has hit 30 degrees in eastern parts of both islands.  As of 2:30pm it was officially 30 degrees in Hastings and Napier, 29 degrees in Ashburton and 27 degrees in Dunedin. Private weather stations right across Canterbury and Hawkes Bay are now at 30 degrees or even slightly higher.

The hottest weather is in the east.

But even though air temperatures aren’t as high in northern and western areas of New Zealand the humidity is making it feel much warmer.  The ‘feels like’ temperature for many regions today – with air temperatures in the low to mid 20s – may well feel more like the late 20s or even 30 if the sun is out too.

“Humidity has a significant impact on how warm we feel in summer and weather conditions in places like Auckland, Northland and Waikato in particular can be very muggy as the temperatures climb,” says head weather analyst Philip Duncan.

Mr Duncan says the warm airflow is due to the placement of highs and lows around New Zealand, causing air from between New Zealand and New Caledonia to spill down over New Zealand as a subtropical north to north west wind flow.

The heat will crank up this afternoon as the nor’westers strengthen a lot more. Blustery, possibly damaging gusts, are possible in Southland, inland Otago and inland Canterbury overnight tonight and into Friday. See MetService for any local wind and rain advisories.

New Zealand will be mostly dry today – but the hotter nor’westers are going to strengthen and then head into the lower North Island on Friday where Wellington should receive gales – and a band of rain is moving up the western coastline.

On Saturday a front will lie over the upper North Island – slow moving – bringing rain or showers.  It will ease overnight – and Sunday sees a large high nationwide bringing light winds and dry skies for most areas.

A cooler change moves up the country on Saturday and Sunday isn’t likely to be as muggy or hot for most places.  However next week another northerly flow may return. 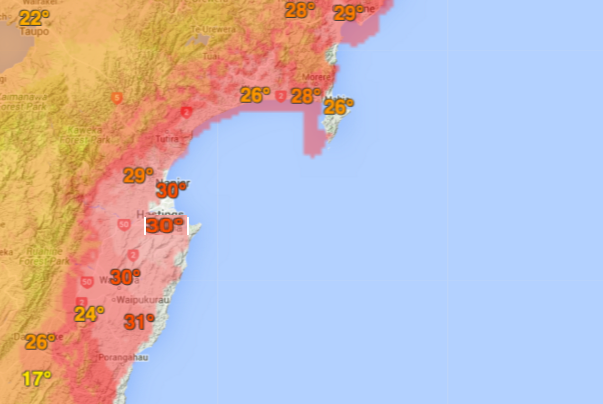 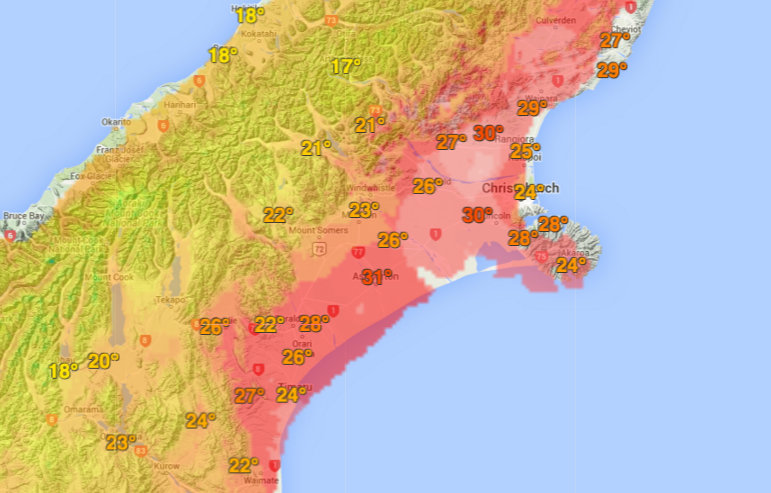