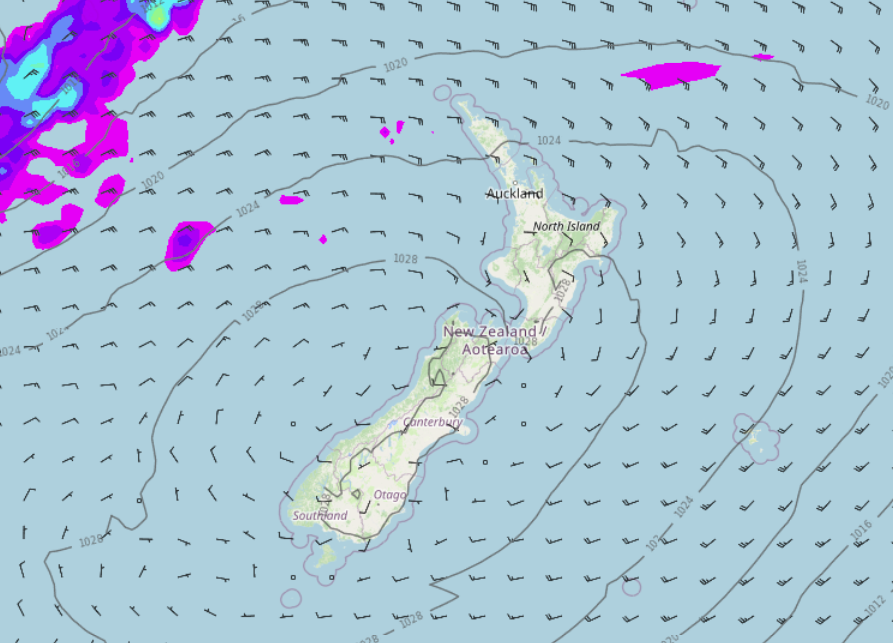 A large high brings mainly settled weather to New Zealand today. A few showers through for eastern Northland and perhaps Coromandel this morning.

Eastern North Island
Early cloud clears Wairarapa, clearing Hawkes Bay in the afternoon then Gisborne in the evening. Once cloud clears sun breaks through. Southerly winds ease tending to the east after midday. Winds stick to the southeast for Gisborne though.
Highs: 19-21

Wellington
A sunny day after any early cloud clears, it could be a chilly start up the Hutt Valley. Light winds.
Highs: 18-23

West Coast
A mix of sun and cloud, chance of an early shower for coastal Buller any of which clears. Cloud may thicken up in the evening. Winds are light.
Highs: 21-25

Southland & Otago
Mostly sunny weather with a touch of high cloud, there may be some low cloud or fog morning and night. Light winds.
Highs: 18-25