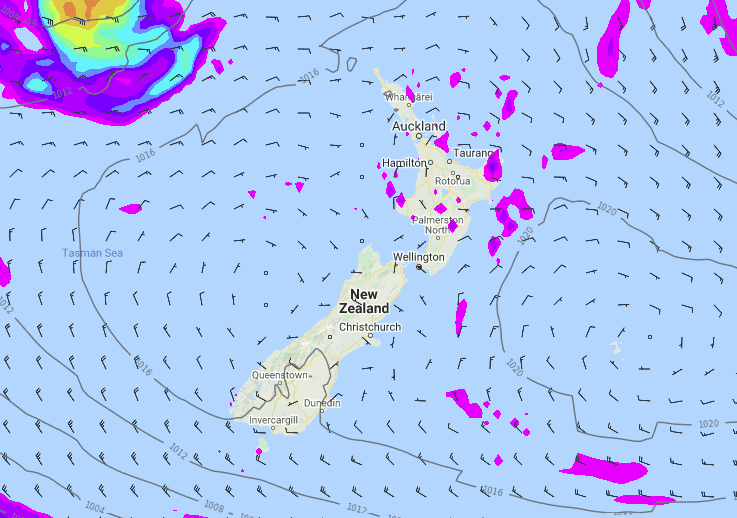 A large high pressure system covers New Zealand again today, it starts to slip away to the east tomorrow.

Most regions are dry today but there could be an isolated shower or two for some in the North Island. Winds are mainly light and temperatures in the late teens or early twenties for most once again.

Western North Island (including Central North Island)
Cloudy areas about Taranaki, a light shower or two possible also. Sunnier elsewhere but cloud moves in during the afternoon. Light winds may tend onshore in the afternoon.
Highs: 19-22

Eastern North Island
Morning cloud then mostly sunny, Gisborne may see a few morning showers. Cloud builds about the ranges in the afternoon then spreading elsewhere in the evening. Afternoon northeasterlies.
Highs: 21-23

Wellington
Mostly sunny, there may be some cloud at times. Northerlies.
Highs: 19-21

Canterbury
Morning low cloud then sunny spells break through, light southwesterlies tend to the east in the afternoon.
Highs: 18-22

West Coast
Mostly sunny, there may be some cloud morning and night. Light winds tend to the west in the afternoon.
Highs: 18-21