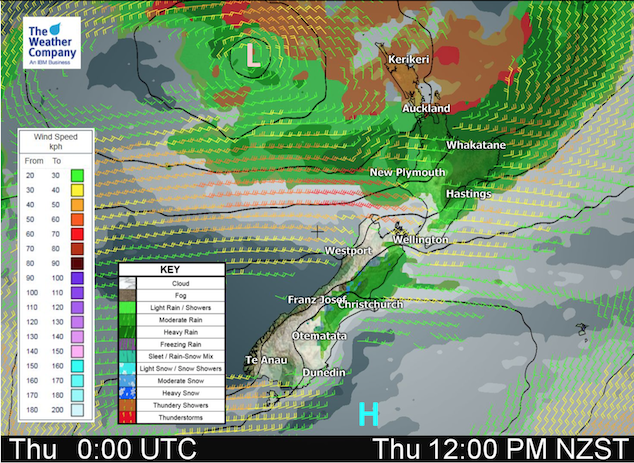 An easterly quarter airflow lies over the country today. An occluded front spinning out of a low pressure system in the Tasman Sea brings heavy rain to northeastern parts of the North Island.

Northland, Auckland, Waikato & Bay Of Plenty
Rain south of about Auckland may be heavy at times, breezy easterly winds. Showers and sunny spells for Northland, isolated heavy falls in the afternoon with a risk of thunder then easing later on.
Highs: 14-18