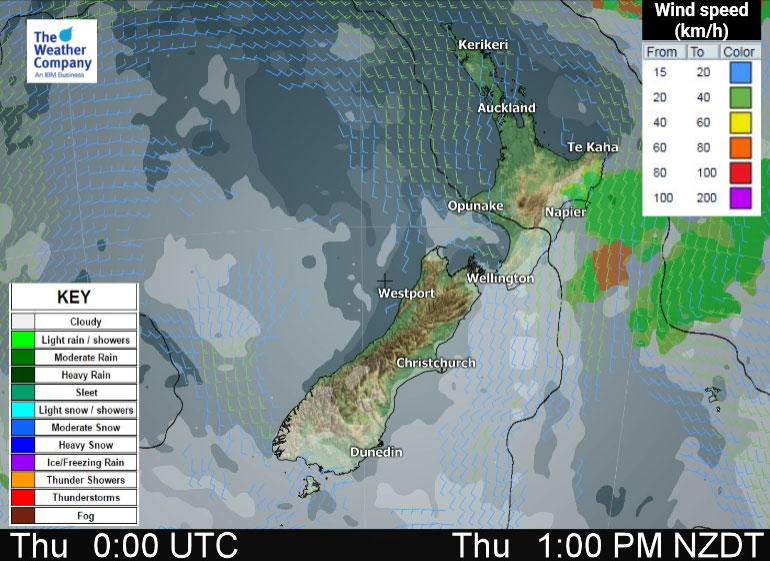 Canterbury
Morning low cloud or fog then mostly sunny with light winds tending east to southeast in the afternoon.
Highs: 17-21

Southland & Otago
Cloudy areas develop about Southland this afternoon, mostly sunny for Otago then some evening cloud moves in. Light winds tend to the south or southwest in the afternoon.
Highs: 15-20