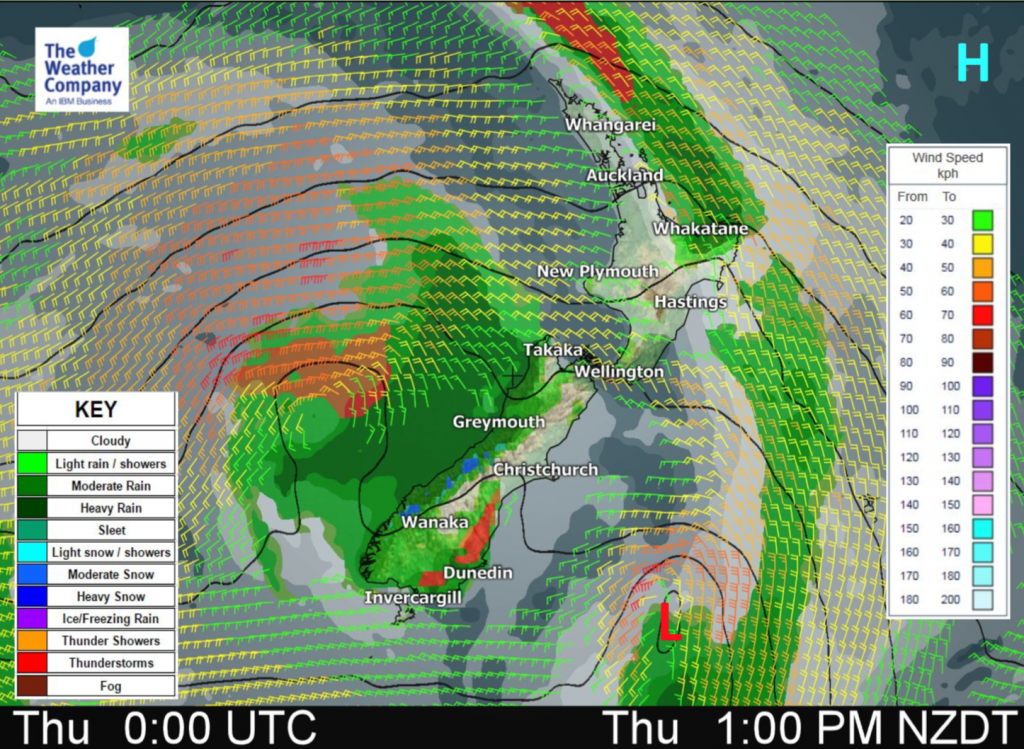 A front moves off the North Island away to the northeast this afternoon meanwhile an area of low pressure moves onto the South Island this afternoon bringing potentially unstable conditions.

Northland, Auckland, Waikato & Bay Of Plenty
Morning rain then drying out in the afternoon with some sun as northerlies change westerly. Further showers move in overnight.
Highs: 19-20