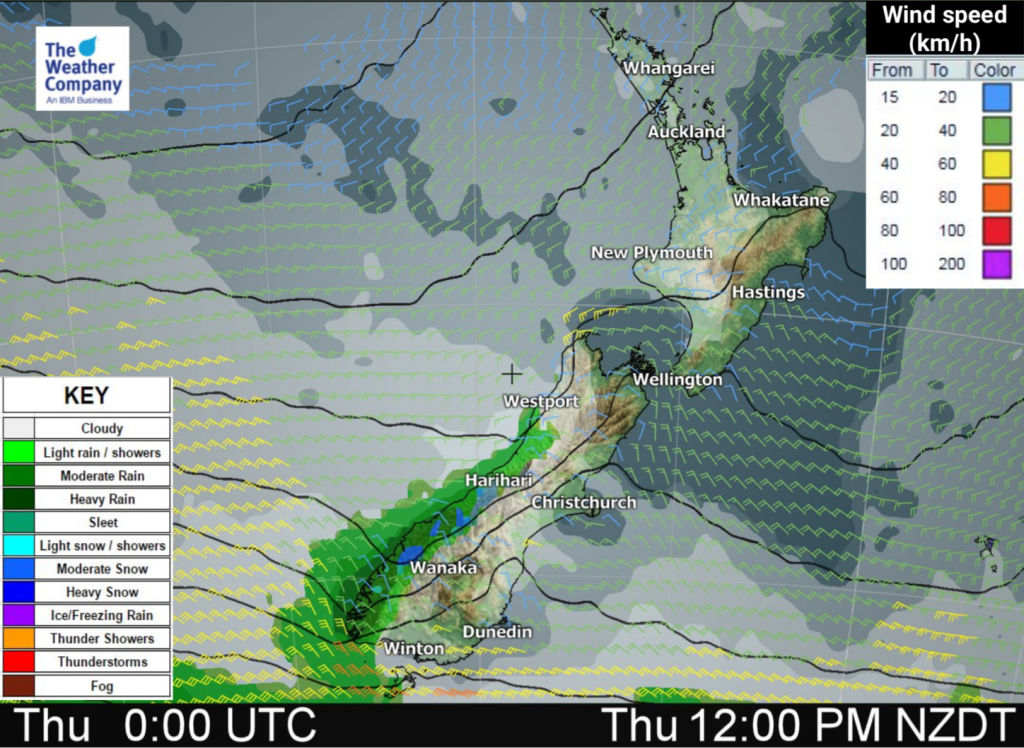 A southwesterly airflow eases over the North Island today, northwesterlies build over the South Island.

Northland, Auckland, Waikato & Bay Of Plenty
A mix of sun and cloud, there may be a light shower at times anywhere from Waikato up to Northland otherwise mainly dry. The Bay Of Plenty has a mostly sunny day. Southwesterly winds.
Highs: 15-16