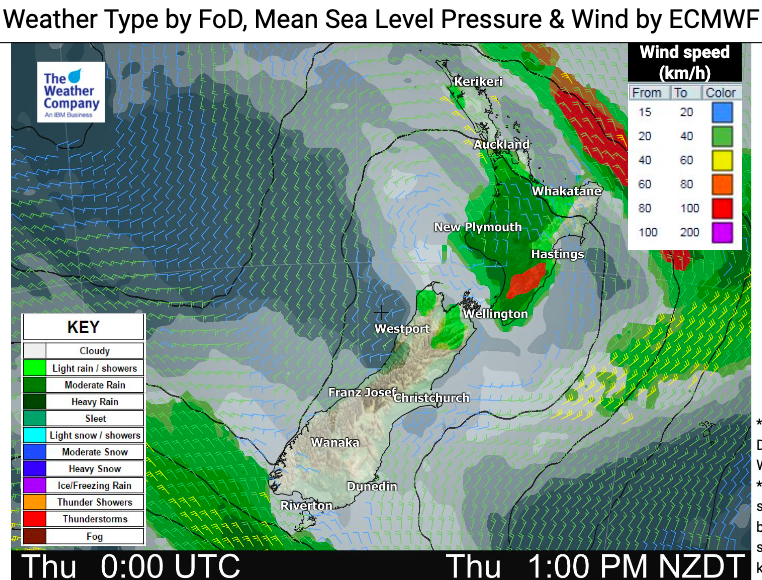 Today will be warmer for those in the east while low pressure totally unravels over the North Island.

Rain clouds fall apart as remnants of the low move east over the central and southern North Island. Some downpours may be heavy in the afternoon inland before it all clears by evening.

As always, refer to your local HOURLY forecasts to drill down deeper.

Here are the regional forecasts for Thursday…

Western North Island (including Central North Island)
Showers with a southerly quarter change kicking in. Some downpours inland may be heavy later in the day, then clearing and becoming dry for most.
Highs: 18 – 20

Eastern North Island
Mostly cloudy with showers, dry spells in the mix too. Variable winds with more of a southerly flow in Wairarapa and northerly quarter winds further north – this is due to the centre of the weakening low moving through.
Highs: 19-22

Wellington
Fairly cloudy with the risk of some early showers, then drier with sunny spells. Southerly breezes.
High: 17 – 19

Canterbury
A mix of sun and cloud and mostly dry. East to NE winds for most.
Highs: 17-23