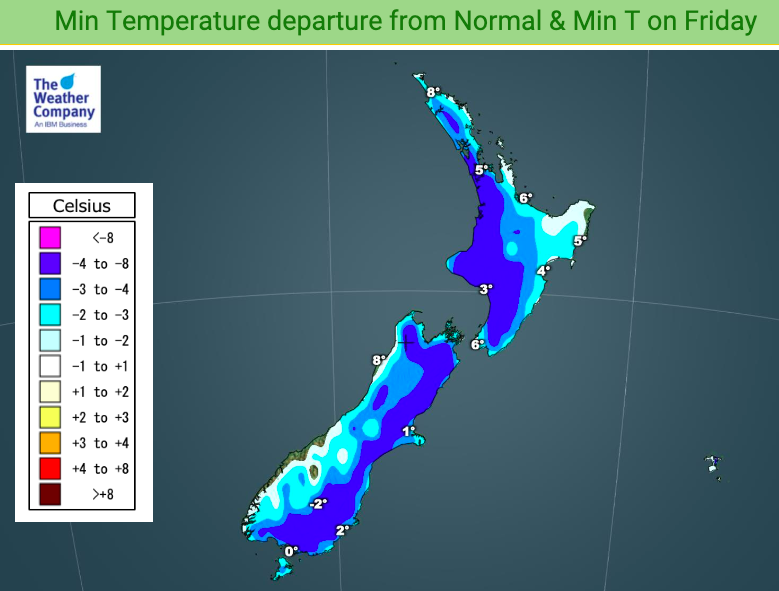 The solar winter is over – that’s the 3 months of the year with the least amount of available sunlight.

The shortest day of the year (or winter solstice) was June 21. Six weeks either side of that date has the shortest days (least amount of available sunlight).

That means the solar winter this year ended around August 2.

Many people have told WeatherWatch.co.nz they have noticed the extra daylight both in the morning and evening. As we go into September the days get longer faster than any other month, roughly gaining an extra 20 minutes of sunlight every week.

Despite an early spring weather pattern forming this year we’re not finished with wintry weather, with more frosts and snow coming.

In fact this week is another spring-like week with temperatures by day a few to several degrees above normal – but the nights swinging the other way, going below normal with frosty weather in the South Island.

You may also be interested in: Did you know there are 4 different end dates to winter?

Below Zero Maps can be found here.

Hi WW, is it spring now according to Mother Nature? Because you said, Mother Nature has the ultimate decision.

Hard to 100% know but many people around NZ are reporting spring like conditions. However a wintry change in Southland tomorrow and the next few nights ahead nationwide will be colder. But sub-tropical warmth next week.
Cheers
– WW