The final weekend of summer – how’s it shaping up? 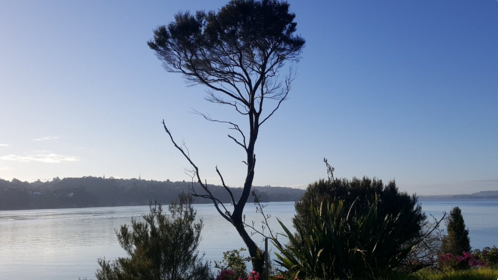 Updated — Before you get too stressed that summer is ending, you may be pleased to know that New Zealand’s three main forecasters, WeatherWatch, MetService and NIWA are all saying summer weather will continue on across March this year.

The meteorological start to the seasons is at the beginning of the calendar month – in other words, Autumn starts on March 1.  The ‘astronomical’ start to the seasons – which is to do with the alignment of earth around the sun, and it’s tilt, goes around the equinox and solstice – which means Autumn doesn’t start until March 21st.  In New Zealand all our surveys have shown the majority of Kiwis – and all media outlets – use the meteorological dates for the seasons.

This weekend the weather looks fantastic for a number of areas – but with the very tropical air flow left over behind ex-cyclone Winston expect some very heavy downpours to develop and track across the North Island.

SATURDAY:
Generally dry in both islands, but showers along the West Coast thanks to a cold front – while around Taranaki, offshore to the west, the humid tropical flow meets the colder southerly flow – and this will spark heavy downpours later Saturday and into Sunday.  The east coast of both islands will be dry – with sunniest weather in the North Island’s east,  cloudier spells likely in the South Island’s east coast.  Hot in the north, warm in the south.

SUNDAY
Heavy downpours across the North Island in the early hours – particularly western and central areas.  Across Sunday this narrow line of downpours will drape itself across the central to upper North Island. It means a mixture of tropical downpours, cloud and light drizzle with very high humidity in the upper north  As the day goes on and the tropical heat increases we may see even bigger downpours developing.  The humidity will ease for areas south of the lower North Island.  Thunderstorms are possible too – but too early to lock in specifically where or likely chances.

MONDAY/TUESDAY
This band of rain and showers on Sunday is narrow – and will slide across parts of the North Island on Sunday (exact placement still a bit tricky to lock in – use the rain maps at WeatherWatch to see the ‘big picture’) – and potentially again on Monday this narrow line of possibly heavy rain may move across parts of the North Island – before a high in the Tasman finally moves in bringing settled weather to most (but not all) of NZ from Tuesday next week. Some downpours may linger around the top of NZ although not widespread at this stage.