The calm after (and before?) the storm 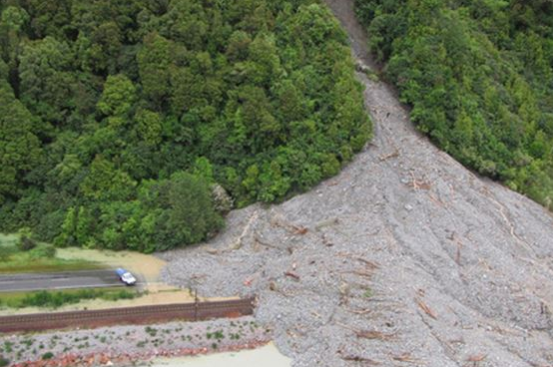 The weather gods delivered a king-hit of heavy rains and high winds over the country yesterday, causing flash flooding and closing off roads due to slips.

Things are looking better for many parts of New Zealand today.

However, another weather system is forecast to head our way tomorrow, again bringing heavy rain to the South Island and strong gusts south of the North Island.

State Highway 73 through Arthur’s Pass was closed off because of substantial slips.

One of the landslides spilled into the Taramakau River; blocking access to Jacksons and Aickens .

In nearby Otira, a woman and her son had a lucky escape after a slip spilled onto their house.

The landslide moved a shed, ruined a car and diverted a creek into the house but the pair were uninjured.

On Wednesday night, a Swedish couple were swept down a flooded Canterbury river while out tramping.

The man was able to get to the water’s edge of Hawdon River, but his partner became stranded on an island in the middle of the river.

Authorities credited an emergency locator beacon with saving her life.

Wind gusts of up to 154km/h were recorded at Rimutaka Summit, 118km/h at Wellington Airport, 172km/h near Mt Hutt and 124km/h in Banks Peninsula.

More than 250mm of rain fell at Arthur’s Pass and up to 209 lightning strikes have been recorded over Westland since Wednesday evening.

The government said another significant low pressure system would move eastwards across the South Island on Sunday.

“During Saturday, there is moderate confidence of significant heavy rain from Marlborough Sounds to South Westland, rising to high on Sunday.”

There was the possibility of significant spillover into the headwaters of the Canterbury lakes and rivers on Sunday.

Many places, including eastern Otago, the Tararua Range and the North Island high country from Mt Taranaki to the ranges of eastern Bay of Plenty, could all be in for rainfall amounts that would meet warning criteria, the MetService said.

Severe gale warnings were also likely in the Wairarapa, Wellington and Marlborough on Sunday.

For more on the latest up to date forecasts, check out our national outlooks, here.