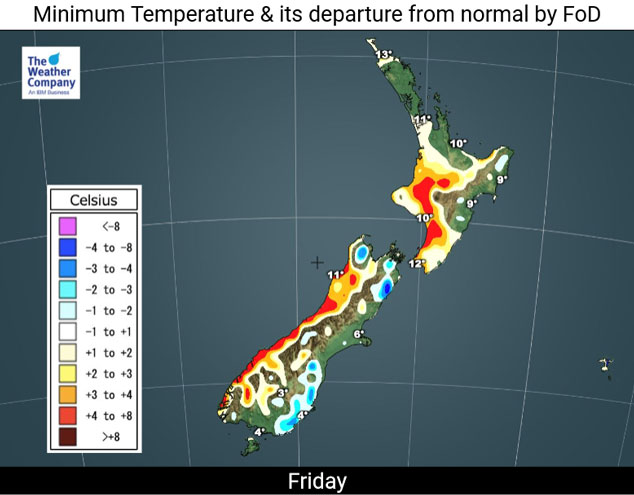 A period of calm tonight in a way, some cloud cover and a few showers keeps temperatures above average for the western South Island. Average to warmer than average for the western North Island also although staying mainly dry. Out east a drop in winds and mainly clear skies leads to average to cooler than average overnight lows. Tonight’s warmest spot will be northern Northland and the coolest area will be Central Otago and parts of South Canterbury getting down to between 4 and 2 degrees.

A northerly airflow increases on Saturday ahead of a strong cold front later in the day / overnight. This northerly airflow brings warm temperatures to many regions but as many may now be aware a very cold change is in the wings for Monday and Tuesday especially about the far south of the South Island where snow to sea level could well be on the cards.