Temperature trends – getting a little cold 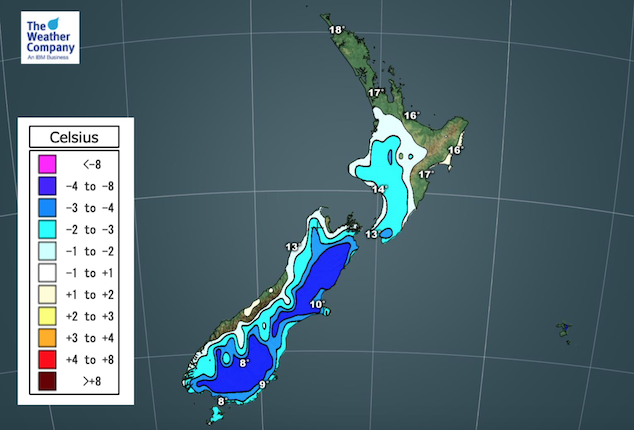 Temperatures are certainly cooling down today for the South Island and southwestern corner of the North Island in a cold southwesterly airflow. Northeastern parts of the North Island are fairly average temperature wise but expect temperatures to cool down from afternoon as a cold front and a series of troughs push in from the southwest. The warmest spot will be Kaitaia on 18 degrees, the coldest Alexandra and Invercargill on 8 or 9 degrees.

Sub zero temperatures likely about the inner South Island overnight, a light frost is possible nearer the coast also for the upper South Island. The Central North Island and Waikato gets down to 3 or 4 degrees.

Temperatures start to rebound a little for the eastern South Island tomorrow and then the eastern / northern North Island on Thursday.