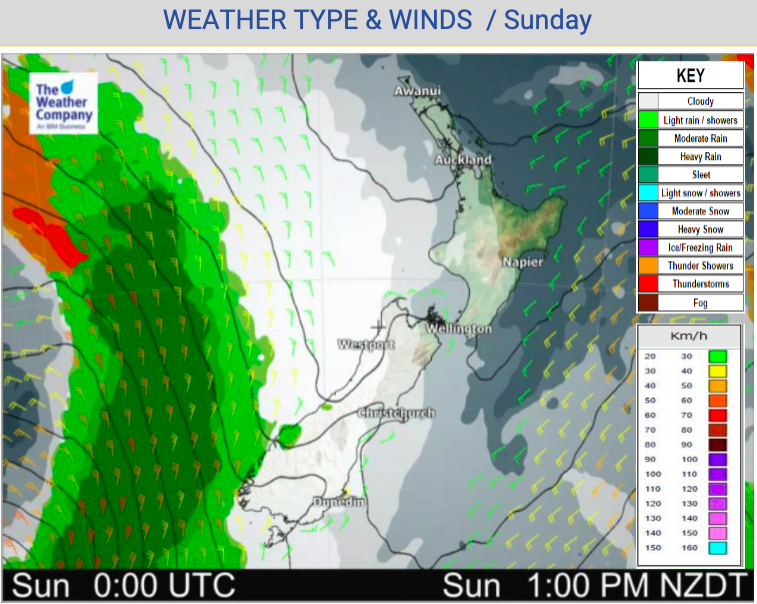 High pressure briefly covers northern NZ today and extends down the country to some degree. The centre of the high is actually just north of NZ and is tracking eastwards.

Later today the northern high shifts away gradually, allowing for a windier nor’west flow to develop across the lower North Island and parts of the South Island – especially the south. This will bring in late rain, heavy at times, to the West Coast and also gale force winds later in the mountains of southern NZ for the most part.

Another storm in the Southern Ocean will be tracking by south of New Zealand on Monday and Tuesday – bringing more windy westerlies to NZ and rain and showers, especially in the west.

The centre of the storm won’t be crossing NZ.

See your local forecast for much more detail – especially the hourly forecasts. Or, try www.RuralWeather.co.nz!