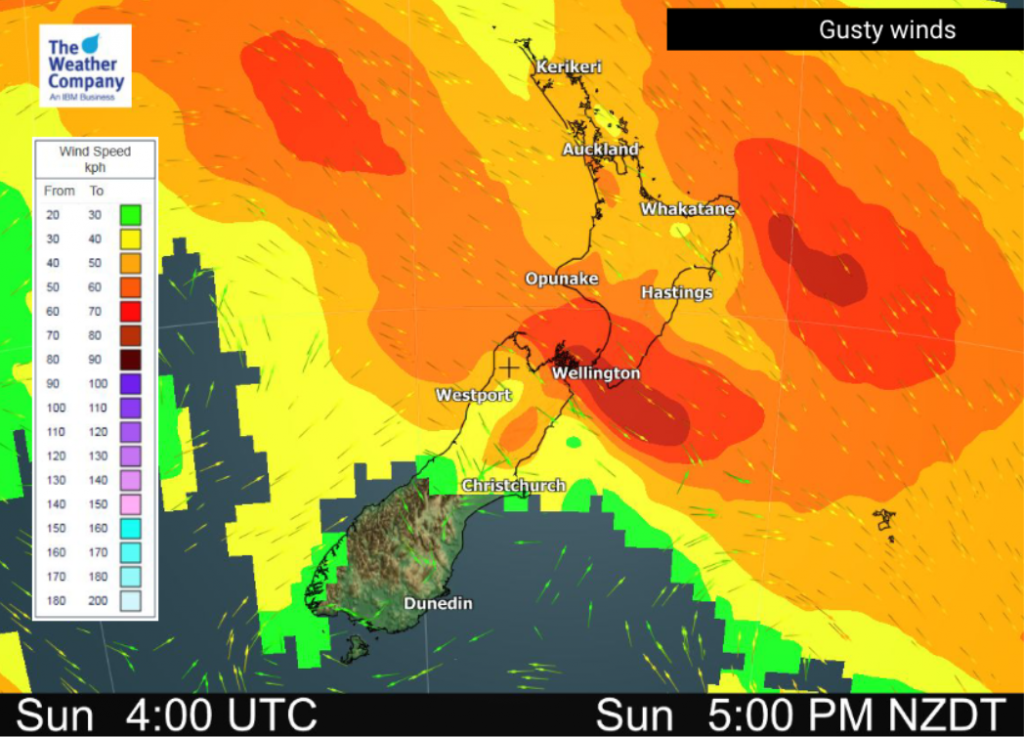 Low pressure swamps New Zealand today (and the days ahead) bringing heavy downpours, gale force winds and warmer than average weather for many parts of the country.

Some in the lower South Island will have cooler airflows and lower temperatures, but the eastern North Island will have daytime highs in the mid to late 20s and possibly 30 degrees. The east will also be the driest, for the most part.

A front passes over the North Island this morning with dry spells later today from the west – but it will be windy in the North Island in particular with westerlies gusting to (or near) gale force in exposed places at times. These gales will gust 80 or 90 km/h through Central NZ.

The lower South Island also has some heavy downpours inland today and more heavy rain on the West Coast.

See your local hourly forecasts at WeatherWatch.co.nz and RuralWeather.co.nz for more details, powered by IBM.

Have a great Sunday!