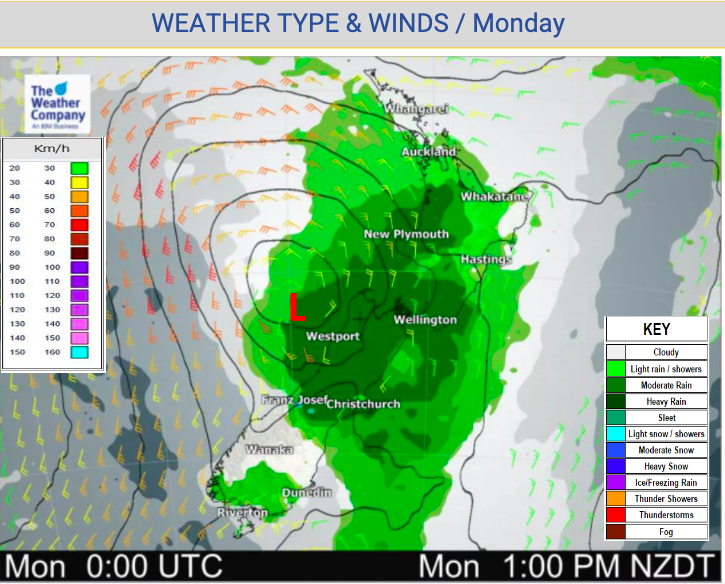 A low out of the Tasman Sea today will give New Zealanders an unsettled last day of spring on the meteorological calendar.

Severe weather is possible in both islands. You can track any MetService tax funded warnings or watches without even having to leave our site: www.weatherwatch.co.nz/maps-radars/warnings/metservice

Rain, heavy at times, moves into the West Coast today while a southerly on the eastern side (Canterbury) also drives in some rain.

The North Island is windy with westerlies in the upper half of the island while that southerly change arrives in Wellington by evening – then goes up the rest of the island into Tuesday.

The Southern Ocean is stormy at the moment – so expect more spring-like westerlies to kick back in again by Wednesday.