Storm only just cranking up 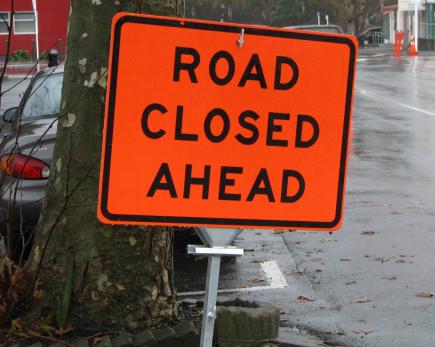 WeatherWatch.co.nz says the large storm currently stalled over New Zealand is only just getting started with torrential rain on the way from Wellington to Otago for the rest of today and into Wednesday and the risk of isolated tornados in the west of the North Island this afternoon.

Head weather analyst Philip Duncan says the system will bring perfectly clockwise weather to New Zealand with strong westerlies in the north and strong easterlies in the south.

“The centre of the low is hard to see on the satellite images but it has tapped into a saturated pool of air in the sub-tropics, is sucking it down around it’s eastern flanks and is then dumping it on Canterbury and Otago for the next 24 hours”.

Mr Duncan says serious flooding is definitely a possibility in some north Otago and south Canterbury.

WeatherWatch.co.nz weather analyst Richard Green says the rain has set in now and there are already school closures and driving problems.  “State Highway 1 between Oamaru and Timaru and between Oamaru and Dunedin is now marginal, it’s still open but there is extensive surface flooding and extreme caution is advised”.

“Schools in Oamaru have been shut and now I’m getting word of schools closing in south Canterbury”.

Meanwhile in the North Island many have woken to a pleasant day, with especially clear and dry skies in the Bay of Plenty, Gisborne and Hawkes Bay and light winds for many.  Along the western coastline, apart from a few brief showers, it’s also fairly sunny and calm.  But Mr Duncan says that’s all about to change.

“We have to remember that this entire system is very large…rather than taking hours it’s taking days to move.  This afternoon, from Taranaki northwards, we’ll see winds picking up and heavy showers increasing”.

He says with so much instability in the atmosphere it’s possible some showers may turn squally with briefly severe gales, hail and even the risk of a tornado or waterspout.  “Chances are we won’t hear of any, but if one hits Auckland or other urban areas then it will be headline news.  This is why we need to advise the public of the unstable weather conditions and the dangers associated with it”.

MetService is also predicting thunderstorms along the North Island’s west coast with a high risk from western Waikato to about Hokianga in Northland.  They also warn of “possibly one or two tornados”.

Yup, shes putting on some fairly heavy showers out in west Auckland for the past 2 hrs or so. No thunder yet:( Hope that the sky does light up for a while.

Here in Kaukapakapa we have a very strong gusty westerly and the rain that just passed by was very heavy for 5 minutes. any thunder coming this way/ more rain????

Yes, very unstable weather. It has been overcast all day with the odd shower here in the Mamaku Ranges, light winds from the NW and quite chilly. baro drop to 1006 and steady at present.

WOW, what a huge storm…

The day has be ok in Tauranga, there have been a light shower of the Mount about 30min ago.

Is there more weather on the way for Tauranga? Thunder?

It looks like another dose coming next week as well. The drought is well & truly over

Here we havent had even 1 gust 1/2 the speed of 110kmh yet.Even in the showers.Theyre only fresh.