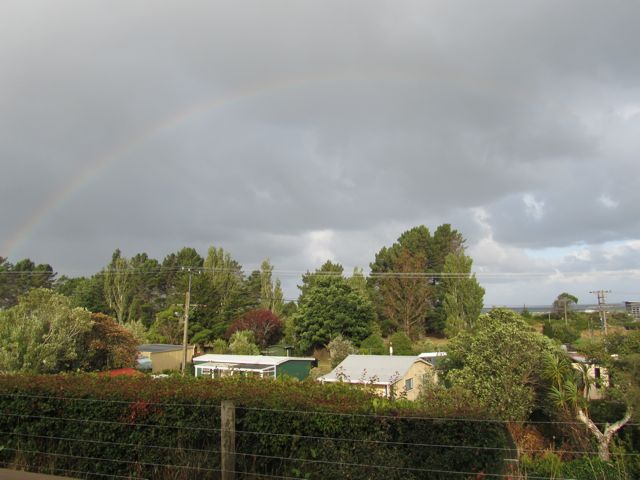 Tomorrow and Tuesday is looking bright for much of the country with mostly sunny skies for more than three quarters of the nation.

After a blustery weekend for quite a few areas the new week gives us a little breather for a couple of days before the next disturbance approaches parts of the country later in the week.

The only blip on the radar for the beginning of the week is that showers may continue to blight West Coasters on the Mainland which is set to continue from this weekend and those along the south coast may not escape some moisture either.

The cricket test between New Zealand and South Africa should be uninterrupted although winds are still expected to be gusty today.The rain yesterday afternoon was very patchy and light and play continued on for much of the afternoon.South Africa continued to control the match with strong batting from the tourists.

The Crusaders won at the new stadium last night in Christchurch against the touring Cheetahs from South Africa under remarkably clear and warm conditions.The temperature failed to drop below 20 degrees and it was very pleasant for both players and spectators.
The mercury was still reading 20 degrees at midnight in the Garden City.”It was the warmest evening of the summer/autumn period” according to WeatherWatch.co.nz weather analyst Richard Green but tonight should make up for it in Christchurch as the thermometer might struggle to remain above mid single digit figures”.

Today the chance of thunder remains for more than half of the South Island on both western and eastern sides and also across parts of Otago and Southland. Wintry showers with some hail are also a possibility.

WeatherWatch.co.nz believes cold air will encompass much of the Mainland by tonight making it feel very autumnal.

Photo by R.Green of a watery rainbow in Otago