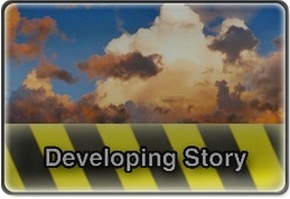 Authorities say it could be weeks before water supplies to the capital of Solomon Islands are restored.

It also wreaked havoc on Honiara’s water mains, with around 50 per cent of the city now unable to access water, and pipes to one of the main water supply depots broken.

“We have two levels of problem,” he told the ABC.

“We’re dealing with the amount of water available in Honiara, generally, but also … provid[ing] safe basic quantities of drinking water to the evacuation centres.”

Australia will also boost the number of personnel in the Regional Assistance Mission to Solomon Islands (RAMSI).

There are now 16 Australian Defence Force personnel deployed in the country.

Concern over release of funds

Transparency Solomon Islands has accused the government of using the flood as an excuse to release constituency funds ahead of this year’s election.

The election is expected to be held at the end of October.

The devastating flood has so far claimed 23 lives and left up to 50,000 people homeless causing extensive damage to roads and infrastructure.

On Monday, Solomon Islands Prime Minister, Gordon Darcy Lilo told parliament the money would be released to MPs to enable them to respond to their constituents needs following the flood.

The first portion of this year’s Constituency Development Funds provided by Taiwan was due to be released last month, but was put on hold until MPs filed their acquittals for the previous period.

Chief Executive of Transparency Solomon Islands, Daniel Fenua has told Pacific Beat, it is concerning the money is being released to MPs in areas not affected by the floods.

“But for those constituencies that are outside of Guadalcanal Province, we are just worried that the election is here and is a triggering factor,” he said.

Mr Fenua is also concerned that MPs could be using the nation’s flood disaster, as an opportunity to gain votes ahead of the expected election in October.

“Our concern would be there are also a number of candidates, as we have heard going out and trying to provide relief to the victims,” he said.

“Given that the election is just around the corner, you know this could be an opportunity, you know people especially intending candidates, could take advantage of the situation.”