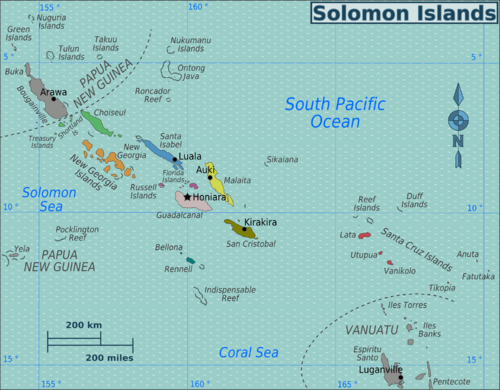 Aid groups in Solomon Islands are raising concerns a lack of food security is stopping many flood victims returning home from evacuation centres.

Food gardens were also wiped out by the flooding or buried in silt.

“There’s food in the markets, but not enough, so that elevates the price,” he said.

“And so just as families are hit hard, having lost many of their assets and been in these evacuation centres for nearly two weeks, they come out and find that food is priced out of reach.

“You look at the markets, and some stores have folks manning them and then there are just vacant benches where there would have been men or women selling their fruits and vegetables and they’re just not there.”

Mr McInnes says with schools in Honiara reopening on Tuesday, there is a risk that children and poorer families will suffer a nutrition deficit from being priced out of the market.

“This is one of the issues that is keeping people in evacuation centres,” he said.

“The challenge with evacuation centres is they can attract people to them who are really on the fringes, who need the support that comes from those facilities,” he said

“But the aid program really needs to migrate home with people to help get gardens up and running again, because people are hanging on to the evacuation centres because of the free supply of food, water and basic household items.”

The Guadalcanal province, outside of the capital, was the most heavily affected area by the flooding.

Mr McInnes says while much of the aid has focused on Honiara, rebuilding food security needs to start in Guadalcanal instead.

“These are villages that have large tracts of land and supply large quantities of fresh produce into Honiara,” he said.

“They’ve always said of the 50,000 people affected in Solomon Islands, 40,000 of those are outside the capital.

“Four in five people affected are outside the capital, and that’s where the aid needs to go.”