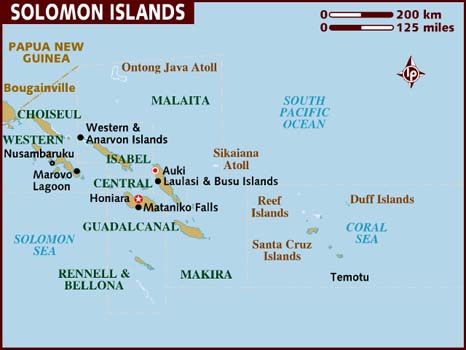 Aid agencies in Solomon Islands say the full extent of the damage from flash flooding won’t be known until thousands in evacuation centres return home.

Eight children are among 23 people confirmed dead in the floods, with as many as 52,000 people affected by the disaster.

Australia and New Zealand have sent aircraft, equipment and specialist teams, as well as money, .

Cherise Chadwick from Solomon Islands Red Cross has told thousands are still in evacuation centres in the capital, Honiara.

“Many of those people are not sure what they’re returning back to,” she said.

“They left their houses as the flooding was in process, and they haven’t gone back yet, so it’s very hard to know if they’re going back to a damaged house, or a completely destroyed house at this stage.”

Honiara has been effectively split in two, after the Old China Town bridge completely collapsed on Thursday, and the Mataniko bridge was reduced to one lane.

Major infrastructure including the sewerage system and water supplies have been badly damaged or destroyed.

Ms Chadwick says that’s a major worry for those in evacuation centres.

“We’re quite concerned about the possibility of outbreaks of disease due to the problem of water access – as many of these evacuation centres are schools, there’s limited water in those schools.

Solomon Islands National Disaster Council says 40,000 people in Guadalcanal are also estimated to have been affected by the disaster.

Assessment teams are being sent to the province, but Ms Chadwick says it remains difficult to access the disaster hit regions.

“Guadalcanal province itself has been very difficult to access to really get a sense of what actually is the situation out there.

“We do know that there’s been extensive flooding, but obviously access has hampered the efforts to go in and see what the situation is there, but we are expecting a similar situation.”