Soggy Sunday for some 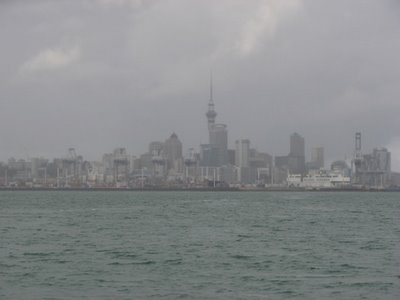 Rain this morning has moved over Northland, Auckland, parts of the Waikato with lighter falls about Nelson, Marlborough, the MacKenzie Basin and Central Otago.

There’s a risk of heavy falls and also thunder over the far north as well which WeatherWatch.co.nz is monitoring.

Road conditions are greasy in affected rainy regions and motorists are advised to take care especially during localised heavy falls across the north and some western areas.

Temperatures were above average for the entire country overnight with Auckland and Christchurch remaining in the 20s.
Today the warmth should remain over most places despite overcast skies and rain for many. A cool sou’ west change in the south though should see temperatures cool off for a time.

Tomorrow’s forecast is looking brighter for most places for New Years Eve as the front would have cleared the country and most cloud and rain should have moved offshore overnight or tomorrow morning.There is one possible hiccup however with another front approaching the southwest of the Mainland so some rain is likely there off and on during Monday.

New Years day is also looking mostly dry and mild for much of the nation but again the south and west of the South Island could be a little soggy as rain with lighter falls across Otago and Southland may not get 2013 off to the driest of starts.