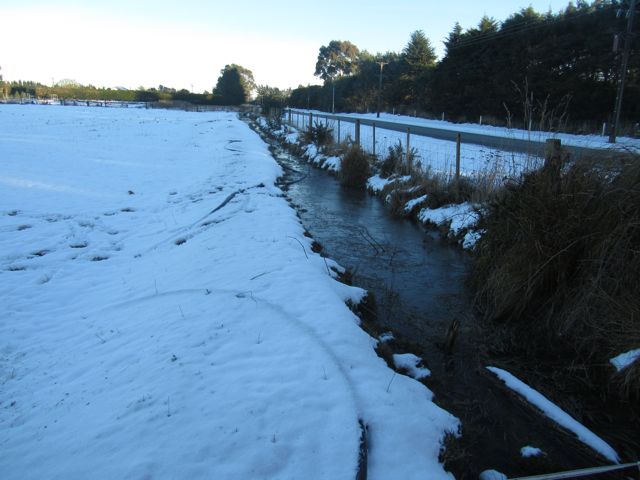 A return to winter is likely later today for the far south of the country, as a very cold southerly winds up and is expected to deliver some considerable falls to low levels to much of Otago, Fiordland and Southland by tonight.

Weather Analyst Richard Green says” This cold change should take place throughout the lower South Island throughout the day but snow should gradually settle in by this evening for many areas. There’s potential for a few heavy falls as night time temperatures keep conditions at their coldest”.

Just two weeks ago very chilly air delivered snow to some eastern areas of the Mainland to sea level however the windflow with this activity appears to keep most of this snow in the far south and also the south west corner of the South Island.

Ahead of the cold air, mild nor’ west winds are expected to buffet much of the interior of the South Island, seeing the thermometer peak in the mid to high teens along the Canterbury Plains and further north up towards the Kaikoura Coast and parts of Marlborough.

” West Coasters could also be in for a bumpy ride today with some heavy showers which might pack a punch and some thunderstorms may roll through as well ” according to Richard Green. ” Yet on the other side of the alps, it should be dry and sunny at times and the wind might be the only annoying thing and ski fields might struggle with these sorts of conditions in the south” he said.

Tomorrow should see the chilly air linger over much of the South Island with most of the shower and snow activity remaining over parts of the deep south and out west.

Any considerable accumulation for Dunedin again??

Possibly on the hilltop suburbs… almost all the right ingredients but wind direction is slightly off as are precipitation levels.  As with most snow events in NZ they are often borderline for sea level areas.  We don’t expect heavy snow for sea level areas from this event.

Cheers – and keep us up to date tomorrow if you’re based in Dunedin!