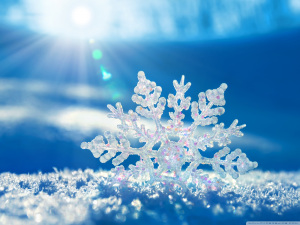 Much of the snow from this event will fall in Southland and Otago – none the less there will be some snow further north at slightly higher elevations. The sustained period of cold air on Sunday is being forced out from right down near Antarctica by a ridge pushing deep into the Southern Ocean south of Australia, this is often a key factor with snow generating systems that move onto New Zealand.

As mentioned in our special Southland/Otago update there are two fronts (cold bouts of air) that move onto the South Island with the Sunday front being the coldest. For the Southern Alps west of Canterbury the first front on Saturday delivers rain but the snow level will keep above 1000m although in the evening there could be a few flurries down to 700m however only brief before clearing.

The second front on Sunday brings rain initially and snow to 1000m then as the southwest change kicks in the snow level lowers to 200m in the evening then clearing at night. On average expect 20cm above 1400m,
5 to 10cm above 600m and 1 to 2cm down to 200m (falls down to 200m may not be
able to settle). The further west one goes in the Southern Alps the
precipitation levels increase but so do the freezing levels, so more snow
further west but at higher elevations, lesser falls the further east one travels
but a potentially lower snow level.

Some parts of South Canterbury may miss out all together snow wise with these fronts as this part of the country is
quite sheltered from southwesterly airflows.

Right near the coast in Canterbury (Rakaia through into North Canterbury) there comes a slightly higher
chance of snow on Sunday and Monday, especially Banks Peninsula as this part of
the region juts out into the cold southwesterly airflow. The Saturday wind
change brings little in the way of moisture or snow but on Sunday expect showers
from evening with snow to 800m at first then lowering to low levels (200 to
100m) by dawn on Monday morning. Wintry showers then clear Monday afternoon.
Expect 5cm to 800m and 1 to 3cm down to low levels. Snow to low levels once
again may not settle as the amount expected is fairly small.

The Wellington / Wairarapa region being a little more exposed to the southwesterly airflow may pick up some
snow, it will keep above 400m however with the potential for a few flurries to
this level early on Monday before clearing. Above 800m 3 to 5cm may settle. The
Central Plateau gets a few flurries early on Monday, 3cm down to 800m and a few
brief flurries to 600m before clearing around midday. Upper elevations of the
Central North Island ski fields look like picking up some snow late on Saturday
down to 1800 perhaps 1700m, up to 15cm possible.

Other parts of the North Island wonâ€™t have to worry about snow, and if any does fall it will be at high
elevations and not bother many.

THANK YOU WeatherWatch for your ongoing severe weather updates. They’re awesome and I forever appreciate the timely notice well in advance of the event.

With the Westerlies, I so appreciate it when you say what the flow across the country will be, as that gives me an idea of what to expect, and often being against the isobars, that can be the only indication we get. The SE is unusually much warmer this year than normal, it is normally bitterly cold by now, so I guess that is the warming of the Southern Ocean. That is scary stuff. The SW is cold instead and in a Southerly is like being hit by a blast of ice cold and low humidity wind, like the Southern Alps have instead got colder. The waves are attrocious size-wise this year and repeated waves have come down too, so I’m hoping we don’t get stable air this winter … please not.  Mountain Cirrus is shite cold in winter, as are the waves. LOL, I watched one wave in March kick up a tstorm here with a whale’s mouth at 1015 hPa … Aaron would look in disbelief. Tstorms happen here in stable air and lent, because it is Wellington.

Anyway, that beautiful pic on your story page made me wonder if your pic gallery is working? Haven’t seen any new pics in ages … miss seeing them.