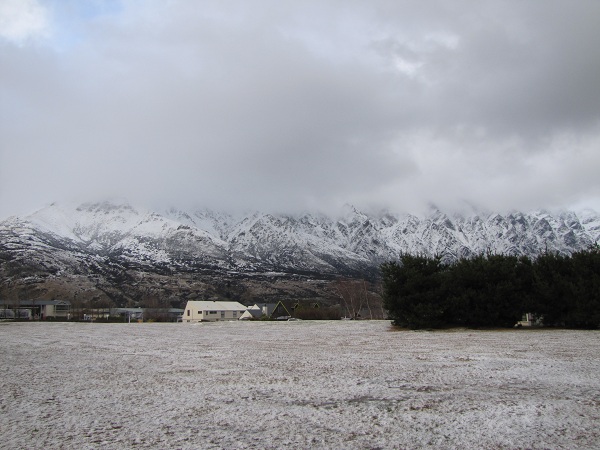 Some of the latest data information coming through to WeatherWatch this morning shows that the southerly outbreak moving up the country during Sunday and Monday may not be so icy with snow falling now across higher elevations.

Still though this system is set to pack a punch with some heavy rain and strong and blustery conditions.

Looking at today and the wettest areas appear to be picking up over the upper half of the North Island.
Some rain with isolated heavy falls along with rumbles of thunder and flashes of lightning can be expected to pop up and especially this afternoon.
Showers are already moving south over both Northland and Auckland regions this morning.
Elsewhere across the country it’s looking drier and milder with eastern regions looking to drift above the 20 degree mark.

“Looking at the southerly change starting tomorrow in the deep south it seems the coldest air doesn’t hit for a futher 24-48 hours but by then most of the moisture has gone for southerners and the icy wind will be the biggest feature” according to Richard Green, a weather analyst.
“It’ll still deliver some decent falls of rain but it won’t be perhaps as nippy as it’s looked like over recent days”.

WeatherWatch is still waiting to see if the computer models will lower potential levels of snow but over recent hours it’s gone as high as 700-1000 metres where very few people live. Skifields though should benefit.

Early next week a high pushes in and frosts are likely to follow the cold spell but days should be mostly sunny and fairly calm.