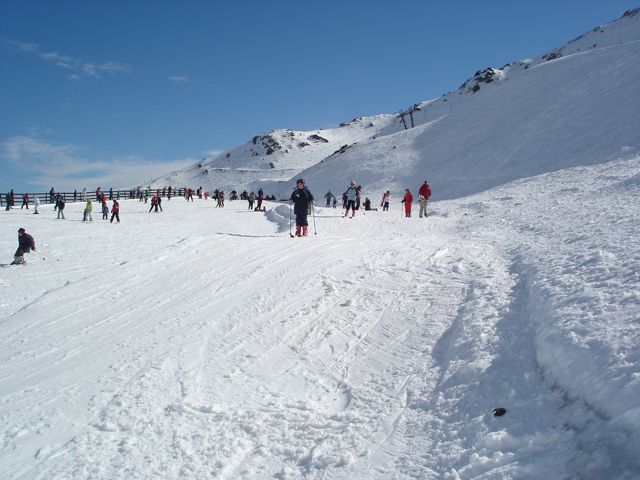 Almost all of New Zealand’s ski fields are in operation today and all have had a considerable top up, thanks largely to the recent storm event that moved through last week.

It had been a lean start to the season but now most operators have got their fields into full swing and just in time for the school holidays.

Some ski fields in the south have reported more than a metre of snow in the last week, as nor’ west winds delivered whiteout conditions for many day after day however some Canterbury fields had to shut due to strong winds or snow or a combination of both.

WeatherWatch has heard that there’s only one closure in the South Island today and that is the Cragieburn Valley ski area.

Conditions are expected to be mostly clear but the remnants of the sou’ west airstream may affect some of the higher slopes.

Numbers of skiers from Australia are reported to be quite high and the new powder is proving to be a hit bor both visitors and locals.

WeatherWatch believes there could be a top up of snow later this week fas compute models are suggesting further cold air moving in from the south for a time.