Home > News > Showers in the middle: Weather risks &am...

Showers in the middle: Weather risks & the place to be on Thursday 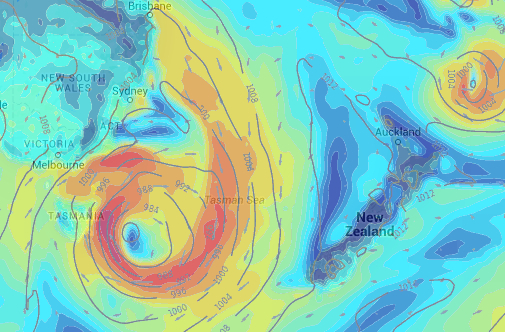 Once again it’s looking largely settled around the country today, though there are a few small risks to be aware of, especially in the Central North Island, as it sits under a low pressure system and should bring some showers.

The areas most at risk of rain are the Central North Island and the ranges of Hawkes Bay and Wairarapa, where there may be an isolated shower late afternoon and into the evening.
These may deliver a heavy fall or two, but these should be both isolated, and in isolated areas, so don’t pose much of a risk to many.

Further south, northerly winds will become strong about the Fiordland coastline later in the evening and into the night with coastal gales likely down there – though as with the North Island, these won’t affect too many WeatherWatch readers!

The place to be:
Waikato

The Waikato is shaping up to be mostly sunny and very warm with light winds, though there’s the chance of an isolated shower in the late afternoon, and parts of the region will come close to 30 degrees during the day!