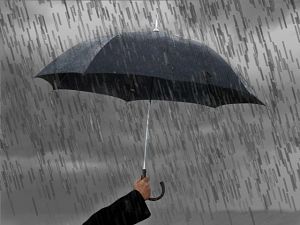 Tonight appears to see the South Island with the coolest overnight lows with rain or showers dotting parts of the Mainland.

Winds are coming in from the south with more than a crispy feel in most places and single figure lows should be in almost all areas.

Snow has been falling as low as 200-300 metres about parts of inland Canterbury and Otago today and more is expected tonight.
Weather analyst Aaron Wilkinson says “The snow at my place in Mt Somers, inland Canterbury is fairly reasonable, might last till this evening and then ease up or could even keep going a little bit…Models haven’t picked this up well. The heavy rain this morning has really dragged the cold air down”.

The North Island is a little milder overall but skies overhead are looking fairly wet for the most part and winds over central and southern regions could be a little blustery off and on.

For those taking a break over the long weekend more than half the country saw unsettled conditions to varying degrees whereas Auckland has basically hung on to a dry Queens Birthday but tomorrow will more than make up for it at this stage.

Rain with localised heavy downpours are likely over many North Island districts with a colder southerly pushing up the island during the day and night. Conditions driving to and from work and school during Tuesday could prove a bit of a challenge.

Further ahead and the South Island is mostly in the clear during Wednesday apart from some coastal showers but the North island will see more wet activity with some thundery downpours possible.

By Thursday most of New Zealand should be under sunny skies due to an incoming high but by Friday an approaching cold front sees West Coasters in for a period of further rain.