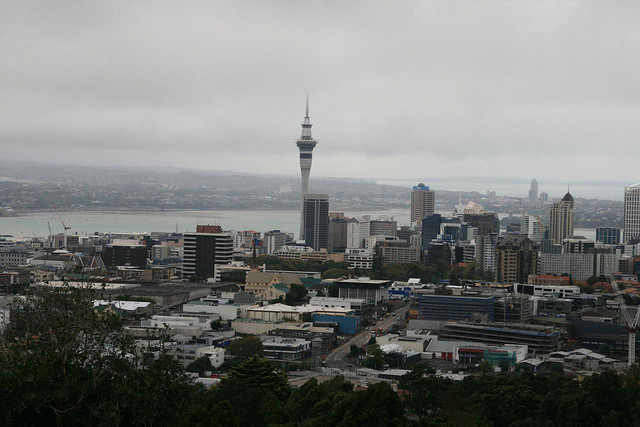 For most of us it’s a short working week and skies for the most part appear mostly dry. There’s always exceptions of course and the West Coast is one where some showers or rain could fall.
The Far North and Gisborne could see some showers come and go until tomorrow or Wednesday when most of those should be clearing or have disappeared all together.

The rest of us could today see a little rain over the deep south with a few spits across Canterbury and Nelson but a mix of sunshine and some cloudy areas for other areas.
The rest of the week sees conditions improve for those areas seeing liquid sunshine today and tomorrow.

West Coasters are likely to see rain set in again at the beginning of the Easter break and hang in for much of the long weekend.

If you’re taking to the air, catching a train, hopping on the ferry or going by road to a holiday spot, conditions are generally looking bright but a shower or two could turn up out of the blue on occasions.

WeatherWatch still isn’t entirely confident of what will pan out this long weekend.”It’s a bit of a messy picture at the moment for Easter” says Weather Analyst Richard Green.”There’ll be sunshine but the odd shower might interrupt activities for those enjoying themselves outdoors”.

Head Weather Analyst Philip Duncan says “It’s certainly looking changeable but for a lot of us that’ll just be clouds coming and going with one or two showers thrown in”.
“It doesn’t look particularly wet for anyone except perhaps the Coast will see more than most”.

“Auckland is looking generally dry farly smartly and we think it’s just a 20% chance of a showers during the weekend from a cloud build up possiblye” according to Weather Analyst Aaron Wilkinson.” There’s not a lot of certainty about the showers across much of the country as it’s looking a little sparse. If you’re in Christchurch though you might see one or two move through late in the piece.”

WeatherWatch believes despite the chance of scattered showers it won’t stop many heading to beaches or rivers for a day out and a chance also to have some warmth before the cooler months arrive.

One area with a little more certainty are the temperatures and most regions are looking quite mild with perhaps Coasters seeing it a little cool under overcast and damp skies from time to time.

Much of the country yesterday was very pleasant with highs in the twenties for many except the far southwest of the nation.

Overnight and temperatures were a little higher for the end of March with a number of centres remaining in double figures across the south. Dunedin didn’t drop below 17 degrees and some areas of inland Canterbury didn’t fall below the 20 degree figure all night.
Auckland overnight saw one or two showers with reports of isolated and localised heavier falls.

Today sees again much of the nation in the low to mid twenties but those affected by showers or rain may struggle to top the twenty degree mark.

Homepage image of Auckland – which could see cloud but not much more over the Easter break.