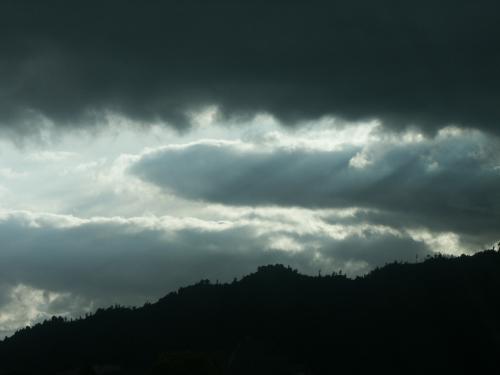 The wind across Tuesday won’t be as intense as it was yesterday – but the windy westerlies are about to fan out across the country for a couple more days before finally easing.

The reason for the wind?  A large high north of New Zealand means the strong westerly flow to the south of it is now running right across New Zealand.  In other words – the Roaring Forties are blowing up and over many places this week.

“On the weather maps it looks like a rail yard of isobars tracking west to east right across the country” says head weather analyst Philip Duncan.

The same system that brought winds up to 200km/h in exposed parts of New Zealand is today out over the Pacific Ocean – behind it is a strengthening west to south west wind flow.

“For places like Auckland, which missed a lot of the wind on Monday, today will be a gusty day but winds won’t be anywhere near as damaging”.

As predicted by WeatherWatch.co.nz last week and yesterday the severe gales in Wellington would be quickly replaced by light winds on Tuesday.  As of 10am today winds were gusting to just 11km/h at the airport – down 110km/h from this time yesterday!  Northerlies might pick up a little later today.

The next couple of days sees windier weather return to the South Island and lower North Island especially. Gales may also return to central NZ at the end of the week – but not severe or damaging gale.

The weekend, at this stage, looks fairly calm nationwide apart from building winds around the Southern Alps on Sunday – we’ll have more details about the weekend forecast on Wednesday morning.

Its all dependant on wind direction,today we have a SW,yesterday was NW which isnt a windy direction in akld though some years were windier if a succession of certain directions occur,this year lower NI been windier as its been westerly.