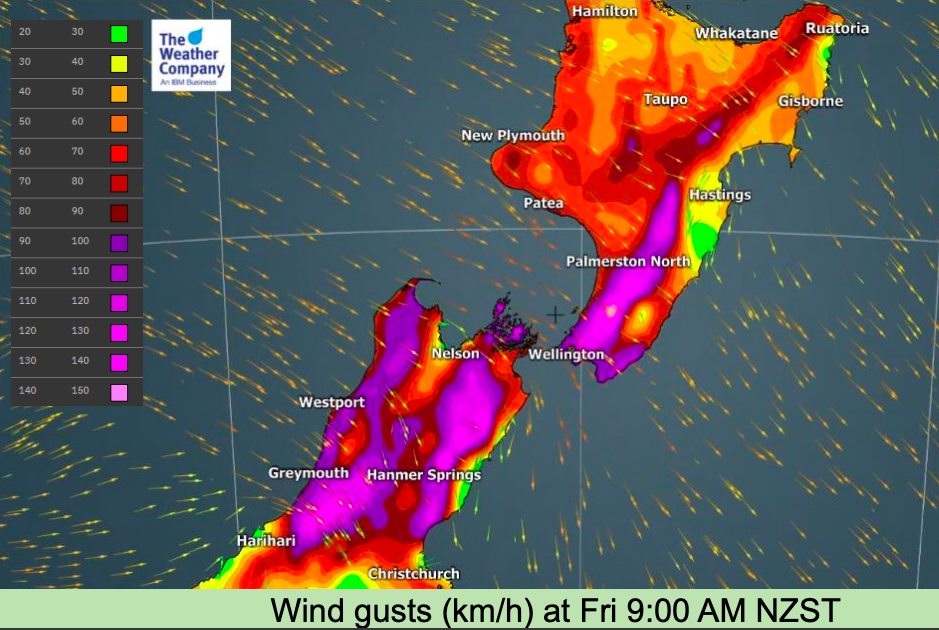 More severe weather is on the way as spring westerly gales surge up and over NZ, bringing more heavy rain and snow with them too.

RAIN & SNOW:
Both are heaviest on the West Coast and through the Southern Alps and heavy falls (rain and snow) may impact some alpine and West Coast highways.

TEMPERATURES:
Spring ups and downs! Today parts of Southland and Canterbury that had snow falling to quite low levels yesterday have daytime highs of +14 to +18C today. Classic spring! The next surge of colder air comes in on Friday for the South Island with a 24 hour delay into Saturday for the North Island. Check your hyper-local wind chill, wind trends and rainfall totals using www.RuralWeather.co.nz (Powered by our partners at IBM).