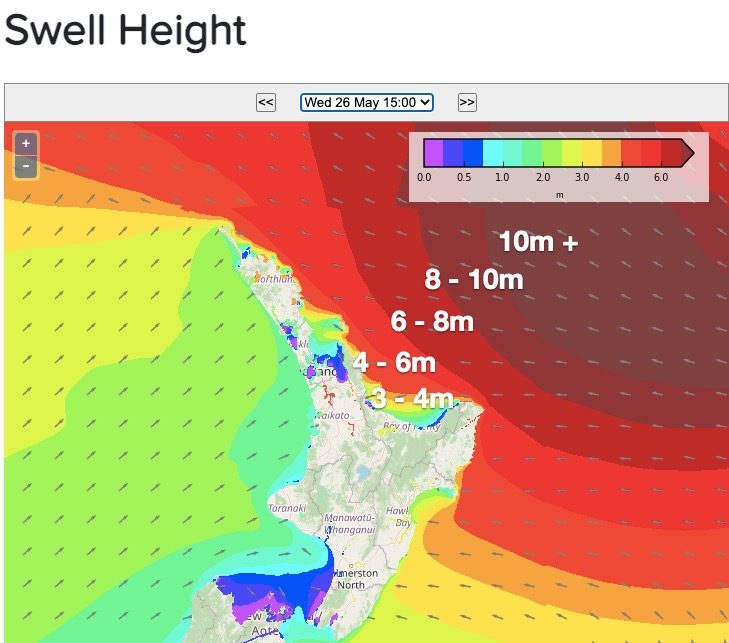 A big offshore low, large waves and king tides are all going to contribute to the risk of serious beach erosion in some parts of north eastern New Zealand in the next few days.

WeatherWatch.co.nz says beaches at highest risk are those facing east in the upper half of the North Island, in particular beaches like Waihi Beach which suffer from coastal erosion anyway. This storm, will is still forecast to deepen further, may rapidly speed up that erosion process across eastern Coromandel, western Bay of Plenty and other parts of northern NZ.

Easterly waves of 4 to 6 metres are pushing in across eastern beaches from Northland to Coromandel Peninsula, East Cape, Gisborne and down to Hawke’s Bay and even Wairarapa, with dangerous currents and messy surf due to the strong, sometimes gale, sou’east winds.

King tides (also known as storm tides) will increase over the next few days too, peaking on May 26. The big swells and waves in the east won’t ease until Friday 28th, when they are likely to drop below 3 or 2 metres. This will add not only to coastal erosion, but even possibly coastal inundation in some very low lying areas.