Searching for thunderstorms in New Zealand 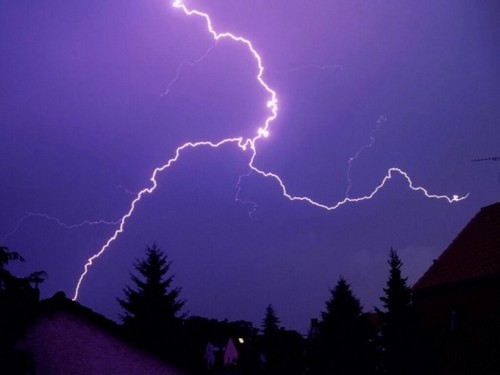 I’ve been given the chance to write an extra article today so why not another thunderstorm based one for the storm hungry fans out there, it’s my favourite topic.

Storm chasing and New Zealand are not a series of words you would hear very frequently close together in kiwi land, however over the last decade a small but dedicated group have been tracking thunderstorms in the land of the long white cloud. Thunderstorms in New Zealand are generally not as violent as their big brothers in the USA but they can still be great fun to watch, there have been a few occasions when the odd powerful storm has caused significant damage due to flash flooding, hail or even tornadoes.

Due to the internet this group of people has found each other via weather forums and some in the early days figured if you can chase storms in the Sates why couldn’t you do the same here? A couple of guys John Gaul and Bob Crowder have actually been keeping an eye out for thunderstorms ever since the 60’s and 70’s in Canterbury and even formed the New Zealand Thunderstorm Society which is still running to this day.

So if you wanted to chase storms in New Zealand what are the main things you need to know?

First of all thunderstorms in New Zealand don’t happen that frequently so you have to keep in touch with what’s happening weather wise to know what may be coming up in weather forecasts. Secondly it helps to understand what times of year storms are more likely to occur in your part of the country. For eastern and inland parts of the country thunderstorms will mostly occur in the warmer months between November and March, western parts of the country can experience thunderstorms all year round but interestingly actually occur slightly more during the cooler months. So depending where you live this gives an idea as to what times of year you should be looking out for them.

Thirdly, certain areas of the country are better for chasing then others due to the terrain and roading network. The Waikato area is good as is the Canterbury Plains due to their wide open vistas, Southland and Taranaki are prime places to chase as well as along with wide open areas they have a higher frequency of storms than other places. With these factors in mind I would pick the Waikato and Taranaki as favoured spots to chase thunderstorms in New Zealand. If you happened to be after large hail however Canterbury would be your best bet as when good storms happen though not as frequent as other parts they can really fire on the plains there in summer. Tornadoes are more likely in western regions during the cooler months. Fourthly and lastly be safe out there and take shelter if lightning is close by! It is very dangerous. 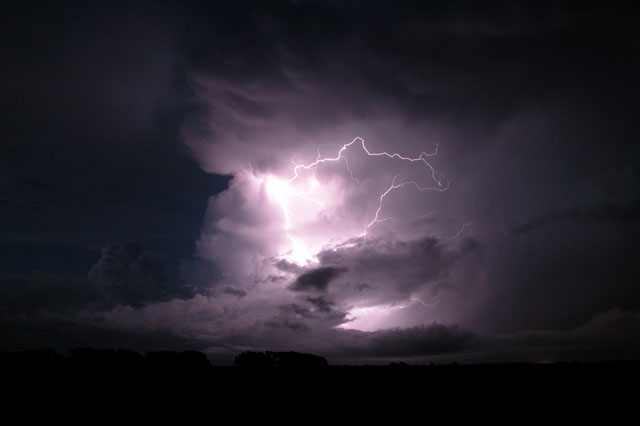 This would have to be one if not my best lightning photograph to date, taken on the 5th January 2006 near Ashburton. That was a chase to remember.

Aaron,
I have enjoyed your story, have you been to Venezuela home of very frequent storms? Here is a link http://suite101.com/article/the-worlds-largest-lightning-storm-a148124

No haven’t been to Venezuela, they would certainly get more lightning.

I was talking to Richard the other day about the storms we get here in NZ and although we don’t get them very often it can make it more special when they do happen. If I had thunderstorms every single day maybe that might overwhelm my interest to the point I’d lose it? lol.