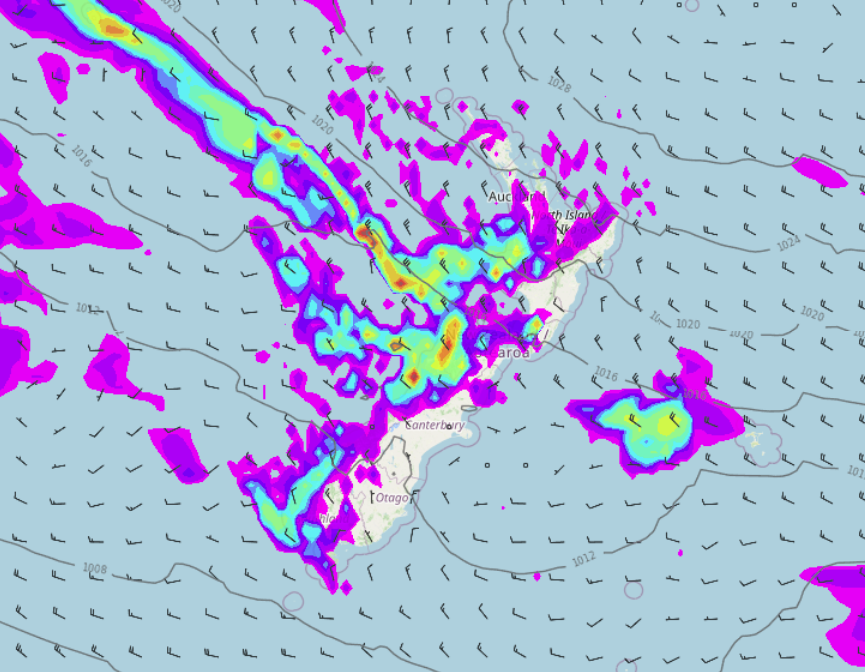 A northwesterly airflow lies over New Zealand today, rain or showers in the west. Mainly dry out east but the eastern South Island does see some scattered rain in spots especially for Canterbury.

Canterbury
Mostly cloudy, some scattered rain, clearing this evening. Some parts of North and South Canterbury may have a fairly dry day. East to northeast winds.
Highs: 12-14

West Coast
Cloudy with rain or showers. Rain about Buller is heavy at times during the day. Northwesterly winds.
Highs: 13-16