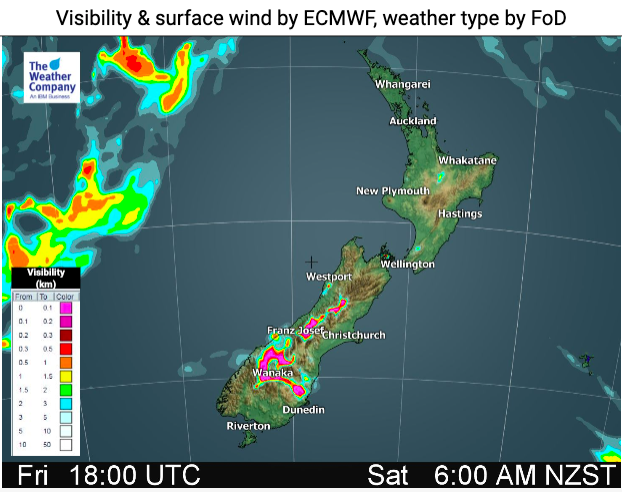 High pressure again expands back onto the South Island – like it’s reversing backwards temporarily, bringing a calm Saturday with areas of low cloud and fog in both islands for a time. With lighter winds some places in the South Island may be a little cooler today than they were yesterday.

It will be a cold morning too in many places, but a mild afternoon on the way also.

Northland, Auckland, Waikato & Bay Of Plenty
Waikato looks to be the coldest region this morning with a possibly frosty start, some fog or mist patches also possible. A mostly sunny day on the way with a mild afternoon. Light winds.
Highs: 14-19

Western North Island (including Central North Island)
Mostly Sunny with light winds. A cold start with a light frost or some ice possible on the cars left outside overnight.
Highs: 15 – 16

Wellington
A mix of sun and cloud with light northerly quarter breezes.
High: 13-16

Canterbury
Just a little cooler than Friday was by a degree or so, mostly sunny with light variable winds after localised morning cloud and fog patches clear.
Highs: 13-14

Southland & Otago
Just a little cooler than Friday was by a degree or so, mostly sunny with light variable winds after localised morning cloud and fog patches clear.
Highs: 12-15