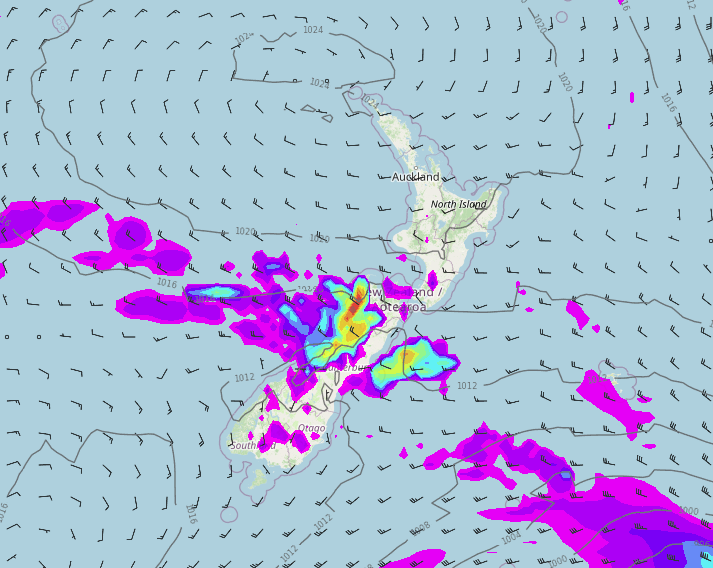 A change today with a front moving over the South Island bringing rain, heavy in the west. The North Island has westerlies and a few showers out west, drier weather in the east.

Northland, Auckland, Waikato & Bay Of Plenty
Cloudy areas, sun breaks through at times especially in the east. There may be a shower in the west. Southwesterly winds.
Highs: 17-19

Wellington
A mix of sun and cloud, rain develops in the evening. Northwesterlies change to the south later on.
Highs: 17-18

Canterbury
Mostly cloudy, scattered rain develops during the morning then clears evening as northwesterlies change to the south.
Highs: 15-17

West Coast
Cloudy with rain, heavy about South Westland in the morning then becoming heavy further north around midday. Rain clears for most in the evening but hanging about Buller. Northwesterlies gradually tend to the south.
Highs: 14-18