Saturday’s forecast – That westerly is still with us, but warmth is returning (+6 Maps) 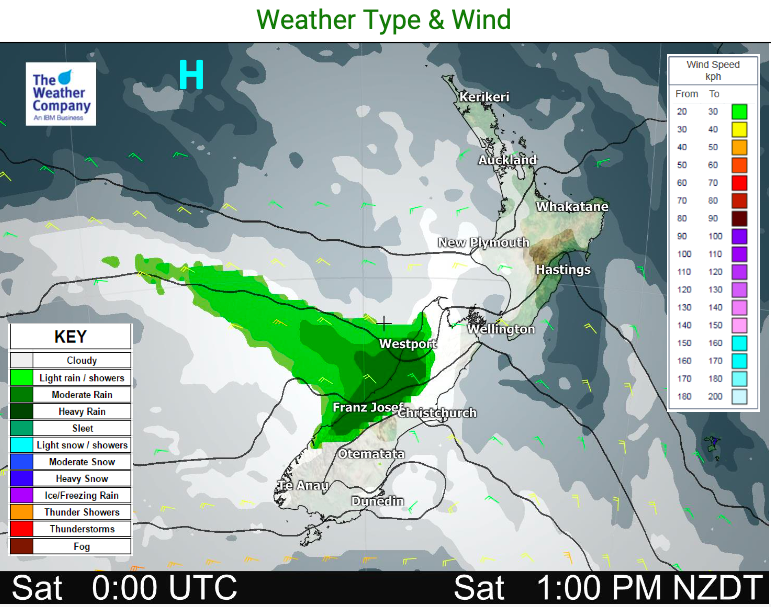 A westerly airflow continues on across New Zealand and while not overly windy it will still be noticeable for some, especially those camping still.

For the most part the westerly quarter winds will be around 20 to 40km/h are are lightest in the very top of the North Island.

Cloudy weather continues to be pushed into western New Zealand as a result of this airflow, with rain expected again on the West Coast. There may be a light isolated shower in the western North Island.

Sunniest weather will likely be in the eastern North Island, like Hawke’s Bay and Gisborne. It will also be hottest here, with daytime highs pushing towards the late 20s, maybe 30.

The eastern South Island may be a bit cloudier but still mild with highs in the mid 20s.

Similar weather continues on into Sunday with perhaps a few more showers for the western North Island and a slight up tick in those westerly winds once again.

Summer is coming back – next week a number of regions have highs in the low to mid 30s (in the east of both islands) and mid-late 20s in western areas.

As always, refer to your LOCAL HOURLY forecasts at both WeatherWatch.co.nz and RuralWeather.co.nz to bring the weather forecast to life where you are today.